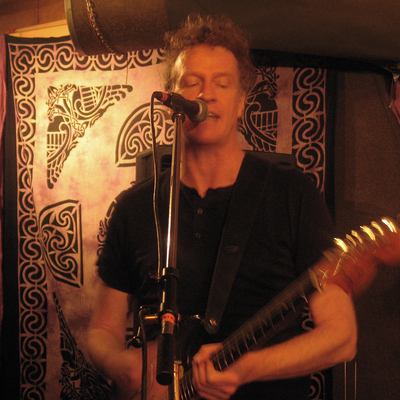 Bruce Reynolds, 1 metre English /1 metre Scottish, was born in Bahrain and grew up in Central America and the Caribbean.

Bruce comes from a British rock background and while tipping his hat to the greats such as Hendrix and Django he still manages to have something fresh and original to say on the rock guitar.

He is now based in Malaga.