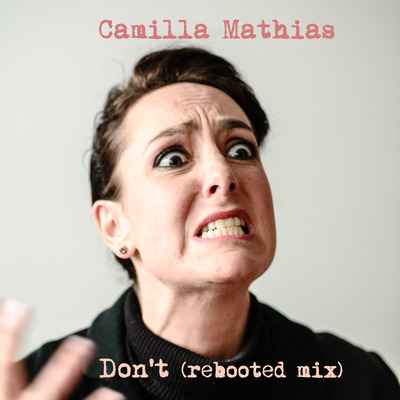 Raised by her Bucharest-born accordionist-pianist father and Somerset-born art-historian mother, Camilla Mathias moved through the violin and five sizes of recorder before settling on a nylon-stringed guitar. She spent the early part of her life juggling classical music scholarships, treading the boards in every show going, painting and scribbling on anything she could, and picking up languages during family VW caravan trips across obscure parts of Europe.

Camilla remains committed to creating and expressing what really matters in life, authentically fusing together all her passions to stimulate change and inspire us to stop and see things differently. Indeed, equipped with skills in more languages than she has fingers, a background as an actress, portrait artist, classical guitarist and singer, and fuelled by the meditation that cements her on this planet, Camilla has the ability to unleash surprising and lasting reactions from those that catch her work. She is not afraid to speak the truth we don’t often even voice to ourselves…Camilla encourages us to get out of our comfort zone.

Immersing audiences in an enchanting and entertaining journey of theatre, hip-jazz and performance poetry, Camilla threads together charismatic chanson, fairytale-folk and evocative popera. Each performance is a balance of sensual ballads decorated with her classical guitar roots, and entertaining autobiographical ditties to which everyone can relate; either un-plugged and pared down, or atmospherically mixed up in a loop-station.

After only a few years in the music industry, Camilla has played live for BBC6 Music, recorded with film composer Yann McCullough (Hotel Budapest, The Hobbit), provided classical guitar for Channel Four’s Award-winning series Unreported World, and had her Romanian-Language track Sunt Romanca selected for charity compilation album Mitra for Nepal, produced by Annie Hogan (Marc Almond). Connecting between borders and across cultures, she has performed in French, Italian, German, Swiss German and Spanish; composed additionally in Romanian, Portuguese, Catalan, Greek, Basque and Sanskrit, and reached audiences in over twenty-two countries.

Camilla is ecstatic about the long-awaited release of her debut music video, Don’t, a highly engaging song that reflects on the pains and pressures of the modern-day administrative tasks we all face each day; we can all relate to our computer crashing, our bankcard being blocked or poor customer service. The track is simultaneously provocative, highly entertaining and inspiring, inviting us to go beyond the constraints of a screen, machine or internet connection, beyond our dependence on technology; to open ourselves up, express ourselves and communicate more fully. To accompany the stunning Barcelona-shot visuals, is the release of the exciting “rebooted” version of the track, layering Camilla’s operatic vocals, poignant yet hysterical lyrics and classical guitar finger-picking. Camilla co-produced the signature sound in Switzerland with electronic sound designer Rupert Lally, and it has now been re-mixed in the UK by award-winning producer Pete Brazier at Vertical Rooms.

The debut album Entr’acte was launched in Switzerland, in 2014, where Camilla was first carving out her musical path under the artist name Diva de la Guitare (a name she gave herself on stage during a technical hitch). It has since been re-released with her return to the UK under her real name: Camilla Mathias, and now is in it’s third edition. The album reveals a range from pared-down singer/songwriter to operatic songstress to pop-chanteuse; all with an ever-present classical guitar. It can be hard to define Camilla’s music, as she experiments with many genres, but you might describe her as Victoria Wood meets a modern, lyrical Bob Dylan.

Registered since about 7 years
Last login on 18 November 2019