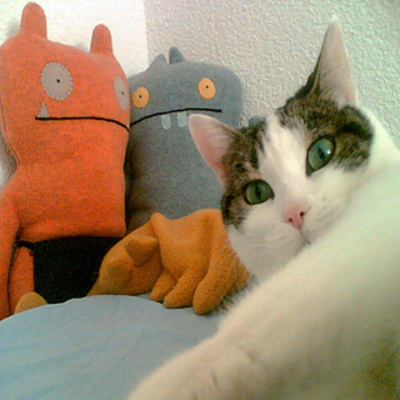 Amar Derradj, alias Canson, was born 1976 and is living in lovely Zürich, Switzerland.
Canson came in touch with electronic music in 1993. Music and electronic media had always been topics in his life in which he was very interested. Since he has bought his first synthesizer in 1994, Canson can be designated an integral part of Zürich’s underground dance scene.
His first release followed in 2000, collaborating with Cosili on the label “Stattmusik”. First live gigs in the prestigious “Rohstofflager” club took place; in the next year the both artists played as “Anatol” in other famous clubs such as the “Robert Johnson” (Frankfurt), Batofar (Paris), WMF (Berlin) and others.

In 2002 he started his solo project “Canson” with his first release “One call” on “Stattmusik”. In the same year, he founded the label “Handheld” with two friends, which received positive feedback all over the media and DJ landscape. Furthermore his output found a home on “Grubenstrasse”, “Sub Static” or “Morris Audio”.
In 2007 Canson is on tour again, his live set consists of very subtle, refined and colourful elements – just like contemporary minimal and techno music should sound like.