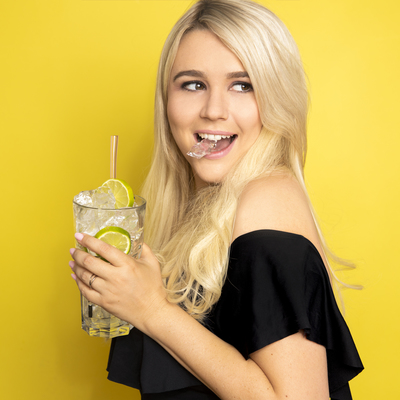 Pop, Zürich – Carole Curty lives in Zurich but has her roots in Fribourg. Already in her early childhood she discovered her passion for music. So she learned to... Read Biography

Carole Curty lives in Zurich but has her roots in Fribourg. Already in her early childhood she discovered her passion for music. So she learned to play the piano and soon her extraordinary voice was expressed. No matter if Carole strikes soft or louder tones - her voice touches and inspires.

Carole was lead singer of the Swiss band "mellowtone". The debut album "acts of love" was voted album of the month February 2011 by British radio station MFR 2 shortly after its release. Afterwards she toured with mellowtone through various Swiss radio stations to promote the CD, and the band also gave a good dozen concerts in Switzerland and Germany.

From Kleinbösingen FR to Nashville, Tennessee: In 2017 Carole Curty (29) fought for the favour of the coaches on "The Voice of Germany". But nobody pushed the red buzzer, the Swiss already flew out of the TV casting show during the "Blind Auditions".
Two years later, the Freiburger-born girl still lands the main prize: Nick Howard (37), the English music producer and winner of the second season of "The Voice", became aware of the blonde teacher's voice and invited her to Nashville, also known as "Music City".

With her new EP in her bag, Carole is now ready to enter the stages of the world.

Registered since over 1 year
Last login on 6 July 2020