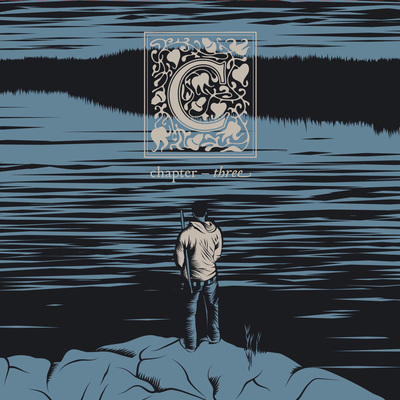 Folk/Country, Folk, Geneva – Chapter’s albums are the musical equivalent of page-turners. The elements are deceptively simple but weave into a complex storyline: a confident... Read Biography

Chapter’s albums are the musical equivalent of page-turners. The elements are deceptively simple but weave into a complex storyline: a confident and versatile voice, understated and crafty guitars, keyboard flourishes, hushed and tap-your-foot rhythms make up the vocabulary for an enticing story. Chapter are haunted by both music and literature. The lyrics, both intimate and universal, put forward subtle and intriguing reflections on everyday life.

Over the course of two records, 2004’s acclaimed « One (Prologue) » and 2007’s groundbreaking « Two (the Biographer) », Chapter have gained a loyal following. Spellbinding performances throughout Europe have earned them devoted fans. The years have also marked a rapid progression from dusty bedroom recordings to the sophisticated brand of folk-pop studio work found on their newest record, set for release on Saiko Records in September.

Recording for their third album, « Three », a wide exploration of monsters, inner and outer, that plague our daily lives, began in early 2009 at Thierry van Osselt’s recording studio in Geneva. Thierry and Alexander Craker show their compelling craftsmanship by playing every instrument heard on the album and Alex writes the lyrics and sings all the parts. All songs were written, arranged and recorded in the studio and bear the by-now traditional Chapter trademarks of acoustic warmth and finesse. In the winter Chapter put final touches on their third record and by the end of the year, the record was sent for mastering at the famed Bereich 03 studio in Münich, Germany.

Chapter’s songs are grounded in a strange place where genre descriptions like pop, country and folk intersect, becoming secondary to the precision of the moods being conjured.

One of their stronger works to date, « Three » uncovers a whole new range of possibilities in the Chapter realm, delving deeper in their folk roots while revealing new lights in their pop atmosphere, while still clearly bearing Chapter’s signature.