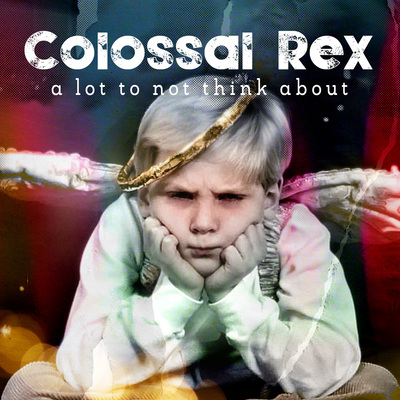 Colossal Rex is the trio of vocalist/guitarist David Bayless, bassist Pippo de Tommaso, and drummer Stephen James Mc Cabe. Since forming in January of 2019, the band has made 1 Full-length Album, 3 Singles and 1 EP. 2 more EPs will follow shortly. The band moves in genres like alternative and stoner rock, but also explores a softer acoustic dynamic clearly audible on the EP "The Keening Hour".

David Bayless' wealth of ideas, combined with the band's ability to implement them immediately, means that many songs have been recorded and released within a short period of time. Due to the pandemic, the band kept busy focusing on writing and recording new material instead of playing shows. All songs were recorded and mixed in the band's own studio by drummer Stephen James Mc Cabe.

David's extended stay in his home in Northern California was used to direct and edit the video for "Relics". It was filmed in Helena CA, an area with a rich historical background.

Since the release of the first album was in the middle of the first lockdown, the band decided not to press any physical CDs or vinyl, as live concerts were not possible for an indefinite period of time and these are mainly sold at concerts. All publications are available online on all common platforms.

Colossal Rex looks forward to once again sharing their music live from the stage, where the energy of their music can be expressed and shared the way it was intended.