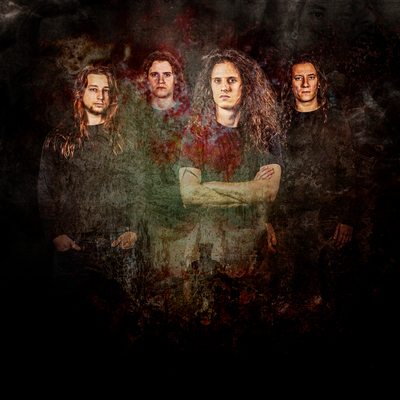 Thrash Metal, Aargau – For over ten years the so called «Thrash Metal Revival» stood for uninspired copying of legendary bands in the genre. Finally the time has come for... Read Biography

For over ten years the so called «Thrash Metal Revival» stood for uninspired copying of legendary bands in the genre. Finally the time has come for a contemporary interpretation of the most versatile metal genre there is. Clear the stage for COMANIAC.

After being crowned as «THE Thrash-highlight 2015» with their debut album «Return To The Wasteland», it was their second offering «Instruction For Destruction» which sent them around the globe (with somewhat 100 shows in over 15 countries) with several outstanding tours, festivals, headlining gigs and direct support slots in Europe and Japan with bands like METAL CHURCH, OVERKILL and DR. LIVING DEAD.

While the band name COMANIAC is put together from the two words «company» and «maniac», the upcoming album «Holodox» is deviated from the prefix «holo» (greek: holos, whole) and the suffix «dox» (greek: dox, opinion).
«Holodox» stands for a person's final belief, an idea to answer all questions, a rise from personal stuggle onto a meta-level.
This album produced by Tommy Vetterli (CORONER) takes you on a journey through different states in life dealing with fear, loss and the hopeless path towards perfection and brings a unique sound into a genre, which has suffered from musical monotony and sterile productions for many years.

Registered since over 8 years
Last login on 2 April 2020