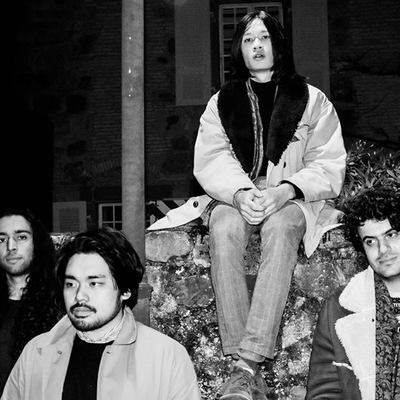 Initially thought as a psychedelic manifesto with lunar ambitions for a long time, Cosmic Fields claims now a new link between Abstract Pop and Progressive Groove. After releasing a first album in 2016 with spacey-retro influences from the sixties, the Genevan band delivers with "Shangri-La" a second LP that invites the listener to dive into the aquarium of Prog Art Pop, completed with candid and daydreamy thoughts, full of hazy memories.

After having many gigs in Switzerland and France in order to defend their eponymous album, a bass player joined the group for the recording of the second album, which let more space for flying synths, allowing the band to develop a more accomplished groove. Cosmic Fields, accompanied in their mission by Todd Rundgren, Neu, Haruomi Hosono and other wonders from the seventies represented in a modern way, aims to let discover the soundtrack of a submarine and introspective road trip, imagined from an agitated yet soothing end of a lake.