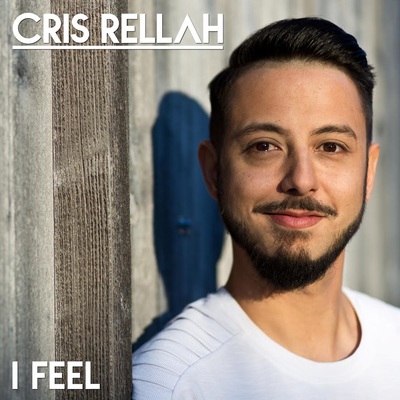 Pop, Aargau – It doesn't take a lot of words to make someone feeling happy. That's exactly what Cris rellah proves with his astonishing single «I feel»: a funky... Read Biography

It doesn't take a lot of words to make someone feeling happy. That's exactly what Cris rellah proves with his astonishing single «I feel»: a funky pop-tune that works perfect as a party-smasher. It makes you move while you're getting lost in the music. According to Cris Rellah, the whole world is meant to dance along. Everyone is welcome to do so. This is meant to be a strong statement for the idea that everyone's accepted the ways he or she thinks and is.

«I Feel» has been mixed and mastered by Reto Peter in San Francisco. He's repsonsable to lend it the modern sound it deserves. With his help you won't forget the melody once you've heart the tune. No wonder: Reto Peter has been working with massive bands like Green Day and Counting Crows. He definitely knows how to turn a song into an international hit.

Along with the original track, Cris Rellah's releasing a dance-version of «I Feel». It has been mixed by Thomas Godel, one of Europe's biggest Djs and producers with more than 2 million sold albums. The remix-version will be played in the world's hottest clubs.

«I Feel» is the first sign of Cris Rellah's forthcoming debutalbum «Crossroads» (out in 2017).

Registered since about 5 years
Last login on 4 October 2020