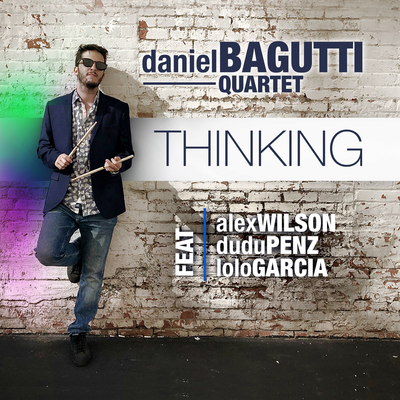 World, Latin, Ticino – Daniel Bagutti, born in February 1991, is a drummer - percussionist from Switzerland. He discovered the drums at the age of 5 and he started a... Read Biography

Daniel Bagutti, born in February 1991, is a drummer - percussionist from Switzerland.
He discovered the drums at the age of 5 and he started a local school thanks to his parents support.
However, he will soon meet the jazz musician Silvano Borzacchiello, with whom he took drums lessons from 2003 - 2009, to make Daniel realize that playing the drums, will not longer be only a hobby, but a profession.
His very first musical appaerance, was with the Desamper and La Bottega of the notorious jazz musician Claudio Pontiggia.
Throughout the years, Daniel played with various Swiss bands and thankfully, he had the chance to perform in differens rock festivals (Roncaglia Rock Festivals, Palagnedra, TBB), jazz festivals (aspettando Estival Jazz, Arogno Music Night), blues festivals (Blues to Bop, Lugano Music Night, Tenero Music Night, Coopaso).
In 2011 Daniel moves to New York City, where immidiately jumps into the New York music scene.
He performs at the Music under the stars Festival and in various clubs in Manhattan such as Zinc Bar, Blue Note, in Brooklyn and Queens where he soon will meet John Lander and Dylan Kaminkow, which they ware going to be part of Daniel's album "Interweave" (2015).
In May 2014 Daniel is going back to Europe to join the band of "Michael Fleiner y su Septeto Internacional" which he will tour in all Switzerland and South America in various importante Jazz Festivals such as Kayenn Jazz Festival, Suriname Paramaribo Jazz Festival, Mexico City, Lugano LongLake Festival, Bern Bejazz jazz Festival.
Daniel has also shared the stage with great musicians such as: Juan Munguia, Dudu Penz, Thierno Camara, Gerry Lopez, Chip Crawford, Pasquale Grasso, The Red Hot Blues Sisters and many others...
He's currently teaching at TASIS (The American School In Switzerland) and he is partecipating in the GOS project (Guitar of Stones) with the band Make Plain.