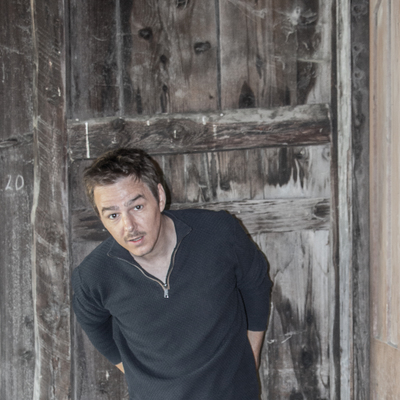 Alternative Folk, St. Gallen – Daniel Fin is a Swiss musician and songwriter. In 2019, he released his first complete album: Somniloquy, whose title conveys „talking in your... Read Biography

Daniel Fin is a Swiss musician and songwriter.

In 2019, he released his first complete album: Somniloquy, whose title conveys „talking in your sleep". Exactly what it is that he’s saying though, no one really knows (and maybe it’s better that way). But it is this undefined something that connects many of the songs on the album, deliberately recorded using only acoustic guitar and vocals.

The songs written after Somniloquy display an altered songwriting style which is, in itself, more relaxed and easy-going. The bass guitar now has a firm place in the songs and sometimes, a lone harmonica joins in or whatever else is lying around. What has remained unchanged, however, is the distinctive and diverse voice, with all its playful facets. The two decades spent as singer and guitarist of the alternative rock band, The Tilts, have strongly influenced both Fin’s voice and his songwriting style.

Even now, as before, Daniel Fin’s main themes revolve around our everyday experiences, needs, fears, desires, whether real or fictional. Wrapped in abstract lyricism, but with a more serious undertone, it is not always easy to follow a line or a thought…

"My songs are like a diary for me. Very personal. When I listen to them, I relive things. The beautiful as well as the unpleasant. But, every time, I experience different elements as though for the first time, often from a completely new perspective. That’s cool.