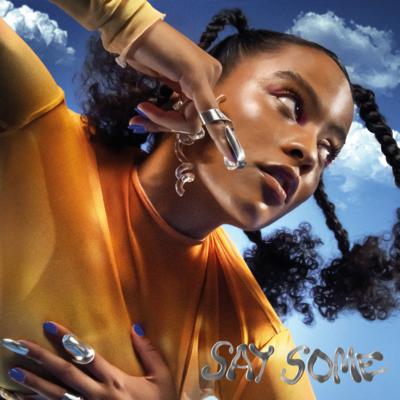 Hip Hop, Geneva – Danitsa was born in Paris into a family where music always had a predominant role. Since the age of 10, she records vocals onto her father’s... Read Biography

Danitsa was born in Paris into a family where music always had a predominant role. Since the age of 10, she records
vocals onto her father’s compositions. It is from the latter, whose stage name is Skankytone that Danitsa inherits her

interest for Jamaica, an island she will visit many times later. Through her mother, she discovers Soul, Funk and Hip-
Hop. It is at the crossroad of these influences that she develops her own style, somewhere between the Reggae of John

Holt and Horace Andy and the Soul of Curtis Mayfield, Queen Latifah, and Erykah Badu.
In 2006, Danitsa moves to Geneva, where she meets the collective Little Lion Sound (composed of Nicolas Meury ans
Jannali Littman), with whom she starts recording so-called dubplates, meaning tracks exclusively recorded for DJs. After
a few concerts and the positive reception of the tracks featuring her vocals, she releases her first mixtape (a selection of
tracks recorded over a preexisting arrangement), named “Five Flags” in 2008. It is this way that she meets several artists
from Geneva and Paris, such as Unconito and XLR, with whom she collaborates, and the rapper Di-Meh, who invites
her to join him on “Good Coffee”. The track is very well received in Colombia, Mexico, and Argentina. Her second
major project, the EP “Breakfast”, is produced from 2014 to 2015 by Jihelcee Records, a label founded by Darryl Zeuja
of the French Hip-Hop group 1995. On “Breakfast” Danitsa shows us her wide range of style, moving freely between
old school Hip-Hop and sweet Soul, and an improved quality of lyrics.
Eager to move on to a new musical experience after the aforementioned DJ collaborations, she decides to work with
seven stage musicians and form a live band with which she is offered a week-long residency at the cultural space L’Abri
(Geneva) in June 2016. On this project, Danitsa presents tracks from her EP “Breakfast”, which are played live by the
band. This collaboration gives birth to new live performed tracks, which are then released on the EP “Shelter” in
September 2016.
At only 22 years, Danitsa has performed at the Usine in Geneva, the Undertown, the Arena, the Uptown, the Traverse,
the Salle du Faubourg, the Fêtes de Genève, the Fête de la Musique, the Halle W, the Salle des Fêtes in Thônex and,
outside of Geneva, in Lausanne, at the Montreux Jazz Festival, in Paris, Nantes, Bodeaux, Annecy, San Sebastian in
Spain and in Croatia.
Danitsa has been invited on Léman Bleu, Couleur 3, Rouge FM, reggae.fr and has been nominated at the Victoires du
Reggae 2016 in the category “Révélation de l’année” (discovery of the year) and has successfully passed castings for The
Voice (UK). She has also opened for Lady Leshurr (UK).
A few months ago, Clique publishes an article about her, calling her “the Swiss successor of Lauryn Hill”. She has also
been mentioned in an interview by Konbini as part of the “New wave of Swiss Hip-Hop artists”.
DISCOGRAPHY (except collaborations):
2013 - Boom Boom (Single), Evidence Music
2015 - Breakfast (EP), Jihelcee Records
2016 - Alright (Single), Evidence Music
2016 - Shelter (Live)
2017 - Remember Me, Evidence Music
2017 - Bachata, Evidence Music
2017 - Ego (Album), Evidence Music
PROJECT DESCRIPTION
After these numerous experiences helping her reach a certain level of maturity, Danitsa’s goal is to confirm her artistic
vision through the release of her debut album. Simultaneously culmination of her path until now and new chapter of
her career, this project is of a particular importance for her. For this album, she decides to collaborate with the
producer and musician Felix Landis (aka Vie D’Ange) of the band LIPKA, who assists the writing and composition
process, as well as the instrumental production, arrangement and recording of the project. The album is released on the
Geneva based label Evidence Music, with which she has collaborated in the past.
In this album named Ego, she confidently addresses a wider variety of topics, such as
girl power, personal doubts, or the denouncement of society’s flaws.

Danitsa imagines her “Ego” as an alter ego, allowing her to face the themes more fiercely, without fear of criticism.
Danitsa has chosen to write her lyrics in English, with the help of Felix Landis, who assists her in approaching deeper
subjects. Even though she doesn’t rule out to one day write and sing in French, she is more at ease in English, the
language of most of her musical influences.
Musically, her Soul and Reggae background becomes subtler on this album, giving way to a more Hip-Hop and Pop
influenced sound. Wanting to reach a wider audience without compromising herself, she moves on to more danceable,
more urban, albeit sometimes darker esthetics.
This album, as a melting pot of the latest Hip-Hop / Electro trends and her initial background, reflects her eclecticism
and openness to new styles.
A recent experience has pushed Danitsa to take matters into her own hands for this album and to work with people
close to her. In 2016, she partakes in the selection process of the TV show The Voice (UK). Albeit instructive, this
adventure has left a fairly mixed impression in her. She discovers a glimpse of the music industry and its flaws: the
greed, the seductive power of the majors, the promises of fame and wealth, at the expense of often very young artists,
which ultimately leads her to refuse the show’s strict clauses of exclusivity.
Discouraged by this seemingly easy road to success, Danitsa chooses to return to Switzerland and develop her debut
album in a smaller label, but on her own terms and with much greater creative control.
In a way, this album can be seen as a response to this experience and a statement to a more independent musical
approach.
The return to Geneva also reflects a desire to work with certain artists who have assisted her in the past, such as Little
Lion Sound of Evidence Music, for whom she had recorded her first dubplate.

Registered since about 5 years
Last login on 28 October 2022