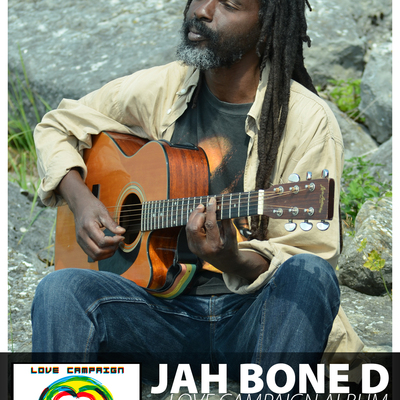 Born and grown in Rwanda, not far from the sources of Nile. Young church choral singer, later he discovered Gospel, Country and Blues musics. Mixin all his influences with the Rwandan traditional songs, he offers a cocktail became his tone colour. At 13 years old he discovered guitar with Ben Ngabo who will become one the famous Rwandan singer and African jazzmen. Abducted, taken and tortured durin six months includin the first seven days without eatin nor drinkin. Survivor of april'94 genocide _ massacres of his sisters and brothers witness, he escaped with three bullets in his body. In 1995, durin “Peace festival“ in Kigali one year after the genocide he performed for the first time in front of more than 5000 spectors with Jean Paul Samputu, legend of the Rwandan music. This was the beginnin of his musical career.

Yannick Noah, Rico Rodriguez, Lee Scratch Perry, Errol Organs and many more, a length and rich musical journey with several groups: Raï-X, Rasta Jazz, Ingeli and Colors bands as well as the generous Malagasy singer Foxy Raharison. Then in 2006 he created “The Majestic Force“ a family of seven musicians and singers. In 2004 his first solo album of Rwandan music “Intashyo“ came out. In 2005 he presented his second album “Le Rebelle“ , a fourteen tracks 100% Reggae disc. Rebellious and engaged texts: Si abantu, People manip, Libérez les Caraïbes... Previously, four discs were produced in collaboration with Ingeli band: Kenyera inkindi y'ubuzima, Save the Children ... Jah Bone Kageme denounces injustice which aims at the weakests and calls for the respect of the human rights and the life.

Without love none is certain !

Registered since over 15 years
Last login on 18 December 2012