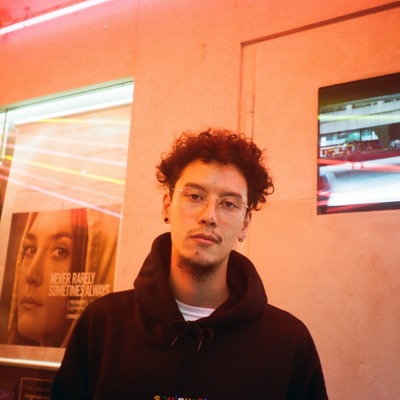 Smooth Beats, Geneva – Born in Geneva the 22nd of january 1994 to a chinese mother and british father, Allan Broomfield is a young aspiring keyboard... Read Biography

Born in Geneva the 22nd of january 1994 to a chinese mother and british father, Allan Broomfield is a young aspiring keyboard player/producer/beatmaker. He took an early interest in music since both his father and grand-father are active musicians. The father is a sound engineer and the grand-father is a saxophone and clarinet player. This allowed him to relate to many different genres such as hip-hop, jazz, rock or electronic music.
At the age of 4, he started playing the piano with Franz Josephovski as a home teacher. Then around 2006, he entered the Conservatoire de Genève in the classe of Michelle Courvoisier to perfect his classical skills. At that time, he also started to get more interested in jazz music. He joined the AMR jazz school in Geneva and learned alongside renown swiss jazz players like Michel Bastet, Florence Melnotte, Raul Esmerode and Nicolas Masson. In 2015, he got accepted at the music university of Lausanne (HEMU) where he graduated with a Bachelor of Arts in jazz. He studied jazz piano with Emil Spanyi.
Meanwhile, he formed, alongside friends, the bands GROOVAH, MiMoJi and ERKALIUM, with which he released debut projects. He also had the opportunity to work with local artists such as Gerry Lopez, FORMA, Mathieu Thioly and the hip hop artists from the label COLORS REC. like Makala, Varnish LaPiscine, Slimka and others as a keyboard player. At that time, he recruited drummer Boris Massot and bass player Wolf Dolder to form his trio NUSKOOL with which he worked on original music mixed with jazz, hip hop and electronic touch.
Allan is also working on solo projects and collabs as a producer and beat maker. He has been working Geneva based rapper Rico TK and with other producers like Kreaem, Fabregue and Korea based K-HipHop beat maker Hatere Badara with whom he released his latest single "SEOUL RECIPE" featuring young rappers from Seoul : ToXXiCo$i and Raess1.
Active on social media, you can find his music on streaming platforms such as MX3, soundcloud, bandcamp, spotify and others.