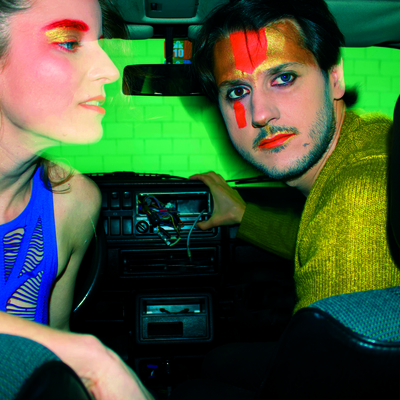 Contemporary Art Pop, Luzern – DIE TWICE TO BE - this is the overcoming of materiality and spirituality found by Mater and Spirit. Their first LP is called «SECRECY THROUGH... Read Biography

DIE TWICE TO BE - this is the overcoming of materiality and spirituality
found by Mater and Spirit.

Their first LP is called «SECRECY THROUGH PUBLIC DISBELIEF». In it they illuminate what is often overlooked. Our searches, our sleeps, our dreams and our misunderstandings. Song after song a certain side of our being is asked whether it really is what it seems to be and usually, of course, again ... it seems like there is no clear answer. Every term means its opposite. Every truth is its untruth, every idea its forgetting. It is probably the music, buzzing around these philosophies, making everything very clear. It's all good, because I am, and you are - you.

DIE DIE BE exists since 2018. Since then they made an EP and now a LP with seven songs, a movie in 12 scenes (as pictures, sounds and texts), two volumes of The Book Of Knowledge and soon they release their first music clip. They were on tour through Kosovo and appeared on National TV, Radio, Print, online. Their appearance was and is quite political, hence all that attention. We're looking forward to all what will come.