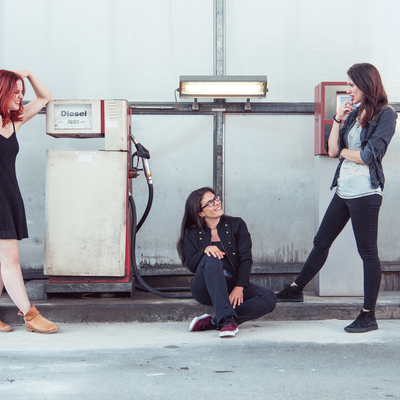 Zurich based alternative rock band Dead Milly floats somewhere between the mediterranean sea, wanderlust and the urgent need for loud guitars. They threw their individual musical tastes into one pot and stirred vigorously in this soup of metal, rock'n'roll and pop music. Bassist and singer Carmen and drummer Julia have jammed along for years before they found guitarist Bojana as the perfect match for their sound. In spring 2017 they recorded their first demotape with 4 songs. Several small club and pub gigs followed across Switzerland, they played at the Schlauer Bauer open air festival in Wetzikon, arranged some of their songs acoustically for a benefit event at the jazz club Moods in Zurich and played at Sechseläutenplatz Zürich on may 1st. In September 2018, the three-piece band released their debut EP "refused".

Registered since over 2 years
Last login on 18 January 2019