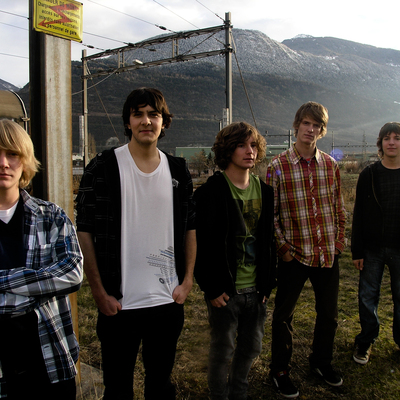 At the star of 2008, François start composing, 3 songs was born. His compositions are quick, complicated and with a lot of melody. These songs get alive by the harmony and the electric & special sound of the 3 guitars. The songs are aired by a lot of Breaks and piano’s bridges. On the Singing side, François switch between Guttural and clear voice.
The lyrics are inspired by “all day’s” life and taboo subjects: religion, life, death, love, hate, party, drugs, friendship, nature, pollution, sex...
Influenced by different other bands, DeamRise incorporate elements la the nervosity of Arch enemy, melodies of Children Of Bodom and the groove of Megadeth. All those elements are welded by a strong friendship that we feel in their music. François has composed, at all, 26 songs.

At the end of April, DeamRise has changed his drummer; Vincent come to hit the tom’s with DR. François is in lyric’s writing, actually 10 songs have lyrics and the next are coming soon. He’s already composing for the second album and 8 songs are actually borned.
At the middle of September, Cincent leave DeamRise, for his other band. After an audition, François Perruchoud has been selected and become the new drummer of the band. The new drummer are composing too, 3 songs are born by him.
DR has finally take out his EP : Beyond the Aftermath, the 6 januar 2010, after some long phases of mastering...
This CD his upper than the hope of the band’s member, it resumed perfectly the atmosphere, the power and the melody that DeamRise tried to create.
Actually, the band has restart the repetitions, the shows are coming for autumn.
The musical direction of the band has a little bit changed, François became clearer and Cyprien will support the principal voice on more songs. The new songs will be quieter, but always with the typical energy of DeamRise.
The best will come

Registered since about 11 years
Last login on 4 April 2011