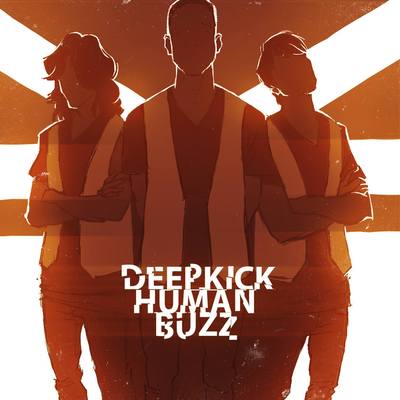 All the members show amazing technical and musical skills, their songs are personal and powerful, and their live shows rock! On stage, you will surely remember Deep Kick for their contagious amount of energy, passion and joy for playing.

In spite of the band's recent creation, Deep Kick has already impressed more than a few people, and even beyond the borders of their home country. There's a lot of buzz about them on the Internet, with thousands of views on their Youtube videos. Besides, Deep Kick has a strong Internet following, with fans eagerly waiting for news about the band.

In spite of their young age, these twenty-year-old musicians have already gathered quite an impressive live experience. Athens' Schoolwave Festival has already invited them twice (in 2009 and 2010) to perform in front of a crowd of 5,000 crazy students!

Last but not least, the trio has already played in some of Switzerland's most famous venues in 2010, such as Caprices Festival, Festi'Neuch and Avenches' Rock Oz'Arenes.

Having gained a solid recognition on the Internet, Deep Kick is ready to rock clubs and festivals with their riffs, slapping basslines and funk-rock grooves!

Registered since over 12 years
Last login on 16 November 2017