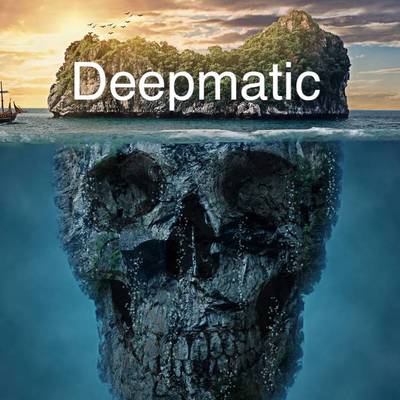 Techno, Vaud – Deepmatic aka the Warrior is an underground electronic music lover since the mid 90s. As a Member of Switzerland's Unmaterial Recordings Label (UM... Read Biography

Deepmatic aka the Warrior is an underground electronic music lover since the mid 90s. As a Member of Switzerland's Unmaterial Recordings Label (UM Recordings), he contributes with energetic deep techno sessions. In '95, he bought his first Technics MK2 turntables and started to play noncommercial electronic techno music. He discovers also the "Rave Party's" galaxy, spreading everywhere in Europe, especially in Switzerland. From then on, he becomes more and more interested and active into deejaying principally for joviality but also for performing in the public scene. He played mostly in private party’s, collective alternative environments, in forest areas and in underground properties, located in Switzerland, France, Germany, India, Thailand and Brazil, such as at ChinaTown Club, Apocalypse Club, Backstage Club, ToS, Alter Wartesaal, Tekknoid Festival, UP12, Mecca Local, Fosfobox, Nova Club, UMBox, UMLaboratory and others public events as well as on Internet Radios such as Uzic, MidiRadio, Radio87, UM Radio. Deepmatic produced techno tracks between 2003 to 2005 and started again in 2013 with close well-known friends, acting in the Switzerland's techno scene. His music performance is rich and various, going from Minimal brainy Techno to intense hypnotic Techno, from sweet-groovy Deep-House to Tribal Deep Tech-House and from Progressive Goa to Psychedelic Goa. He always respects the theme and adapts his set accordingly the theme, which is appreciated from party promoters and event organizers as well as from the dance-floor freaks. Deepmatic's ambition at the moment is to play DJ sets and to share his passion in a worldwide perspective to peoples who are musically advised.