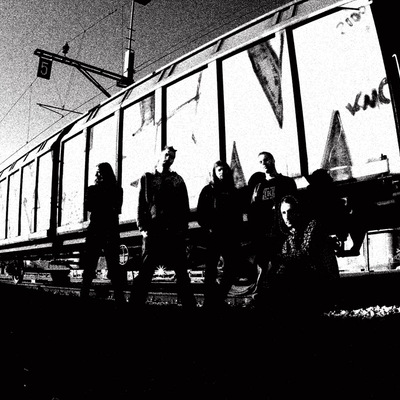 Metal/Punk, Metal, Valais – There are some projects which take time to mature but which are born by necessity. These five protagonists could have been very well able to... Read Biography

There are some projects which take time to mature but which are born by necessity. These five protagonists could have been very well able to continue to play in their 1st formation, though the need to go farther became more and more striking. Therefore, Disblow started the composition of 10 new songs.

On “Crown without Mind”, Loïc (singer), Glett (bass), Fred (guitar), Nyx (guitar) and Dem (drums) released themselves from stylistic gaols. Naturally and fortunately, their tendency for the noisy version remains but the range considerably widened. So the almost “ambient” titles like “Keep Going” or “Stories” are next to merciless discharges of sound as “Stay back” or “Plague Zone”. Texts are not either in rest and they reveal that the band is endowed with a substance and with a new depth. The choice of English is imperative to multiply the chances to play abroad.

Marked by the metal at the beginning, those titles coat with airy and melodic climates. The album was recorded during the course of the year 2007 at “Studio Mecanique” with Julien Fehlman the current co-producer. The second part will be ended in 2008. Worried of bringing the maximum of “colour” to their album, the band decides to leave it to Louis Terran (mastering), California, who reached the balance between big sound and melodic atmosphere, without losing the artistic control of their project. The CD cover design wasn’t neglected either because this one was created by V’lancom, Montreal (Canada).