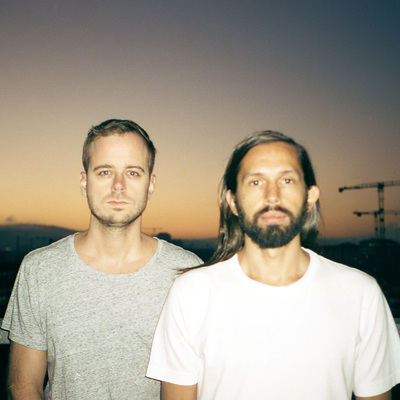 Electro, Zürich – Snowed in at an abandoned guest house located in the Swiss Alps, there was nothing else to do for a couple of longtime friends, but to make music... Read Biography

Snowed in at an abandoned guest house located in the Swiss Alps, there was nothing else to do for a couple of longtime friends, but to make music and eat fondue. Equipped with synthesizers, drum machines and other toys they immersed themselves in a mist of sound. They resurfaced a couple of days later with four songs. This was the genesis of "Diskret".
It was never their intention to start a band. They had been making music together for over 15 years, but always as fellow band members backing other pop and indie artists. Over the years they formed a deep bond on stage, and also became close friends.

"It's as if we are connected. Even when we're not together, sometimes the same things happen to us on the same day." — James Varghese

As youngsters they used to pull all-nighters, going to shows and hitting up after-parties. Now they prefer to jam and experiment with their collections of synthesizers and explore the layered world of ambient electronica.
Their shared interest in sound synthesis made them take a couple of days off and drive to the mountains with all their instruments in tow. There was no particular objective. The idea was to get some fresh air, tinker with the toys and maybe go hiking. They were only looking for a remote place, but the unexpected and heavy snowfall turned it into an isolated one as well.
What happened after that, they can't really recall anymore. It feels like it was all a dream or some sort of a trance state: recording synthesizers, arranging chords, punctuated with eating raclette, stacking sounds, automating filters, another break for a fondue, creating beats and occasionally sleeping. When they got home, they realized that they cut material for a full EP.

The EP ranges from experimental ambient to functional electronica, from downtempo to club. It was carefully put together with a keen eye for detail. This also reflects in the artwork and the physical pressing. 180 grams, marbled vinyl with a hot foil stamped cover, this makes it much more than just an audible experience. The first single was released on the 23rd of November 2018 on «Quiet Love», a new Zurich-based label. The EP followed on March 22nd 2019.

Registered since about 4 years
Last login on 4 November 2021