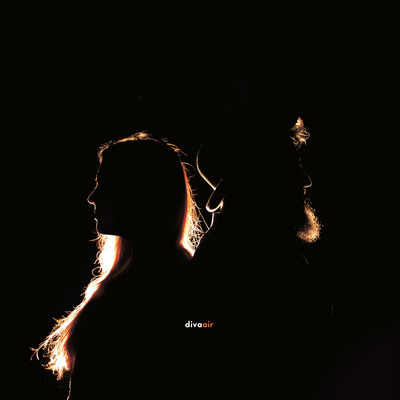 trip-hop, Neuchâtel – The dIVA project materialized in 2013 when guitarist Pierre-Emmanuel meets singer Lisa-Marie, both of whom shared a common desire to express... Read Biography

The dIVA project materialized in 2013 when guitarist Pierre-Emmanuel meets singer Lisa-Marie, both of whom shared a common desire to express themselves artistically in a formation that can merge total freedom with an ever evolving inspiration. In the first months, the composition takes place in symbiosis between the two protagonists who choose, for the conceptual framework of their project, the relationship of man to space, and more specifically to the planets of the solar system. The lyrics develop like so many metaphors on the always ambiguous relationships that human beings have always maintained with cosmogony.

The style born from the alliance of Pierre-Emmanuel’s subtle sounds of and Lisa-Marie’s sublime voice soon exceeds the sum of its parts. So, if we sometimes navigate in the murky waters of an elegiac dream-pop, we also often dive into the abyss of soulful trip-hop and a certain form of haunted dark-folk is never far away… This original stylistics vision gave birth to their 1st album “SoL” which was released on Division Records in 2017. With this release, the band acquired a larger notoriety and was thus able to perform on numerous stages in Switzerland.

However, despite the osmosis that unites the two musicians, something was still missing in order that the formation can truly flourish and assume its completeness. The lacking piece emerges in 2019 in the form of brilliant multi-talented producer, composer and arranger Josué Salomon. Thanks to his advice, lavished during a close collaboration, Josué (alias Remove), succeeds to bring them into a more personal universe by rearranging their compositions with a more direct, more incisive and definitely more R&B style. With such a musician by its side, dIVA not only develops its music in a richer and more electro-pop sound universe, but can also finally record its second album "AiR" in winter 2020.