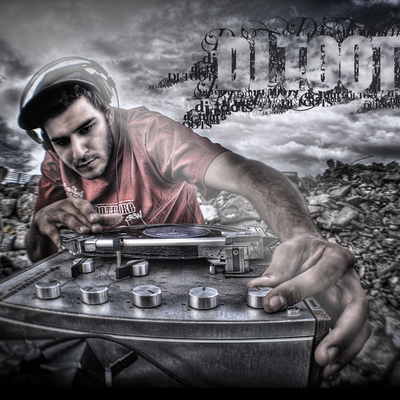 Reggae, Geneva – Born on March 14th 1988, DJ Toots begins the drums at the age of 12 years old. After five years in the music conservatory of Geneva, he... Read Biography

Born on March 14th 1988, DJ Toots begins the drums at the age of 12 years old. After five years in the music conservatory of Geneva, he accomplished three years of drums independently and began his career as a DJ around the end of the sum- mer 2005.
Very fast at ease with turntables, he develops his own talent for “scratch” and be- gins his musical path in the university stage of “Arcade 46”. Right from the start, the crowd fell under the charm of the young DJ, who decided to leave his marks in this field.
The people he met and the collaborations he did with other artists in Geneva’s hip- hop scene pushed him in front of the projectors and led him to Berlin in August 2007, where he registered PUPPETMASTAZ’s first album medley live. He realizes as well a few scratches which they still use as of today in their concerts around Europe.
In parallel of his activity as a DJ, he rapidly began the elaboration of a CD compila- tion, «Nourriture Spirituelle», which has been produced with his colleague and friend Josselin Neeser, better known under the name of Jo2plainp (ELOGE RECORDS). This CD compilation talks about the violent tendency that hip-hop movement took these last few years. DJ Toots supports a critical vision and aim to think of it diffe- rently.
What gives a unique character to each of the 16th titles in the album is not only its original theme, but the collaboration between many Swiss and French groups of the underground scene. This CD is in the market since June 2008.
As of today, DJ Toots has a bachelor in law studies and pursues his ambitions pro- ducing himself many times in divers clubs of Spain with Kin Powah Sound as much as in China, France, and the French part of Switzerland (c.f.p.2). In 2010, DJ Toots has been finishing a record session with Rootscore for various albums in collabora- tion with known artists of the French and American scene, while continuing to pro- mote his mixtapes, riddims and other compilations (CD and mp3 format). He is now aiming for future projects in the clubbing scenes and live sessions, including with the group “S’1DROM” from Geneva (and Rootscore) (www.rootscore.org and www. rootscore.org/s1drom) and the MC’s Muchach (www.muchach.com) and Jo2plainp (www.myspace.com/jo2plainp), for which he is the official DJ.

Registered since over 12 years
Last login on 4 August 2016