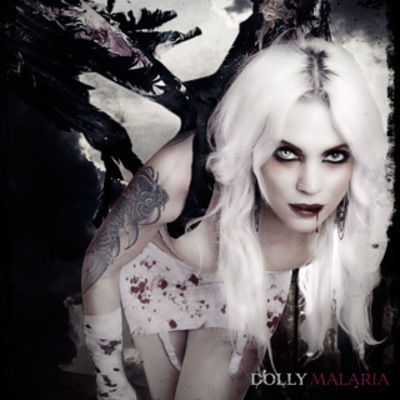 Rock, Geneva – She reveals and inspires a character that I find distressingly painfully close to me. She is far more complex than the thin perception of her we... Read Biography

She reveals and inspires a character that I find distressingly painfully close to me. She is far more complex than the thin perception of her we could have through glazed paper…
Dolly Malaria is the story of a Killer Super Hero with a deep child conscience; she has an afflicted inability to find happiness in her life, and whose story is one of a fight between depression, rebellion and joy of life.
It is the story of a dual personality. I think there are many things concerning her personality that are like mine. She has adopted many characteristics of my personality, whether for better or for worse.
Dolly Malaria is inspired by a Jekyll & Hyde divided perception of the World.

On one side:
Beneath her impressive and destructive exterior, she has a will full of kindness and a beneficial spirit.
She is a benefactress of Humanity.
She is Humanity because she is Human first of all.

On the other side:
She permits to discover and be aware of the horrifying roots that grow within every one since childhood.
She is constantly lucid and so deceived by Humans. Even if she is supposed to represent them at the beginning, I am not sure that this permanent disappointment will not make her change her point of view and blame Humanity for its base act.

For how long Humanity will convince Dolly Malaria to fight for her?
Her choice can be the one to serve dark designs and destroy Humanity or to fight towards Crime against Humanity.
She is totally haunted by her own demons that reminds her at the same time of her love for humans and her hate for them, for what they intrinsically are.

To err is Human, To forgive Divine

Registered since over 6 years
Last login on 16 January 2014