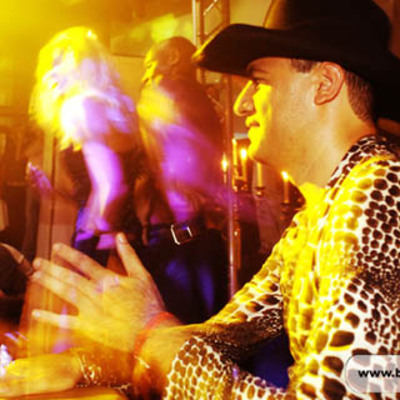 DR.DRUMMER BIO
Dr. Drummer (aka Domenico Ferruggia) is a great, versatile and creative
percussionist who always enchants the audience with scientific precision. Maybe
that's where his nickname comes from. He is always a positive force wherever and
whenever he plays, Dr.Drummer has played along side many Top DJs thruout
Europe and performs regularly in his home base Zurich Switzerland.
His rousing, passionate percussion acts make the dance-mad party crowd tremble.
Well-known International DJs are overwhelmed by his metrically perfect sense of
rhythm. The road to becoming a successful producer, composer and percussionist
for Dr. Drummer has varied: From 1990, more and more of the live performer as
well as the composer and producer emerged in his own home recording studio.
Dr. Drummer music influences and inspirations are from disco, funk, soul, acid jazz
and music styles of Iconic major record labels such as Salsoul Records, Philadelphia
International(Philly Sound(, Casablanca Records, Naked Music, as well as top
producers and musicians of the 70s such as Alec Costandinos, Cerrone, Barry
White, Rinder & Lewis and many others.
Dr. Drummer likes to experiment, and has found his own unique style to making
music. His main instrument is percussion, but he also plays keyboards, lead guitar
and bass, his personal playing favorites are Fender Rhodes, Rhythm Guitar &
Moog Bass.
As a producer, he has produced over 280 tracks for Pino Music, some of his
projects: Roland Graf G-SAX 2003, The Flyhigh Project, Sunset Session Group,
Barfuesser, Peter Flower, Armando Gomez, DJ Plinio, She DJ Lore, Rick Project, and
many others.
His first and personal album project "Nu-Disco" was released in 2012, an album of
various music style influences from disco, funk, soul to acid jazz vibes.