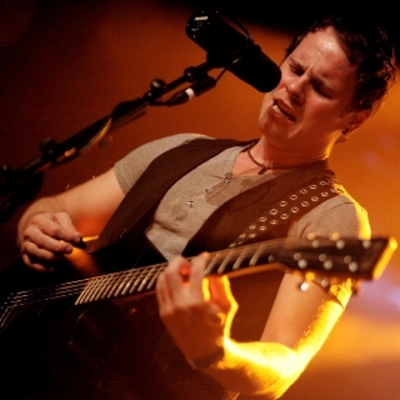 Folk/Country, Folk, Solothurn – Daniel Meister, singer and songwriter from Solothurn has proven to bring modern influences and traditional songwriting under one roof in his debut... Read Biography

Daniel Meister, singer and songwriter from Solothurn has proven to bring modern influences and traditional songwriting under one roof in his debut album Out On A Limb which will be released this Spring. After two years of experimentation, Daniel Meister shows that even in Switzerland – to abjure without pandering to the roots - you can create fine and unique music - music whose structure is familiar, but is new and original in the execution. With modern elements such as loops, beats, computer etc., he is able to revive acoustic songs with new folk and country influences. As if John Butler meets Radiohead, genres are newly reinterpreted. Instead of adhering to predetermined music labels, Daniel incorporates new ideas in this album and places them with a richness and wealth of new ideas into the album, which makes it a gem amongst the many new publications.

Out On A Limb was recorded with various guest musicians at Somastudios in Zofingen (Heidi Happy, Reto Burrell, Redwood). Curious and rarely used instruments such as the Weissenborn slide guitar, Zippo lighters and a Hang, which was developed in Switzerland are mingled with computer beats, loops and distorted sounds. Songs written in open guitar tuning captivates classic songwriting in a modern arrangement, which will lead to electrifying concerts. The music - recorded with open ears - requires open ears. It begins in Spring 2013!