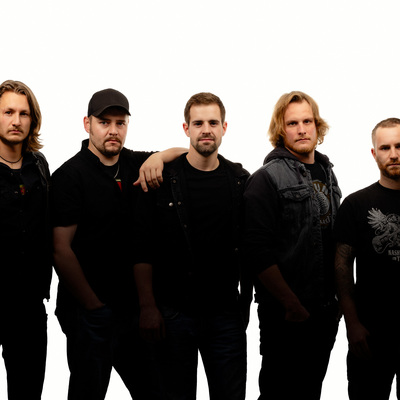 Countless concerts all over Switzerland, three studio albums, airplays in America, Spain, Germany and Switzerland and a steadily growing fan base: Dreadful from Muotathal hit a nerve with their kick-ass-rock'n'roll. On the 13th of January 2021, their new single "Shake It" will be released. A stomping rhythm, a dirty howling blues harp and a catchy chorus which makes your feet stomp. This year, the band wants to play the canceled shows and release more singles.

Dreadful was founded in 2009 in Muotathal SZ and consists of Andy Schelbert (lead vocals), Dario Gwerder (guitar), Jonas Marty (guitar, harp), Marcel Gwerder (drums) and Theo Schmidig. Their sound breathes the spirit of old rock'n'roll heroes and the songs are soaked in the sweat and soul of the American South. The music of Dreadful is the pure opposite of the phony online world and sticks to what the Stones already preached 50 years ago: "What can a poor boy do except to sing for a rock'n'roll band"; raw, honest and always hard grooving. After their last, third album "A Damn Good Ride" (2019), they are now back with their new single "Shake It".

Registered since about 10 years
Last login on 13 January 2021