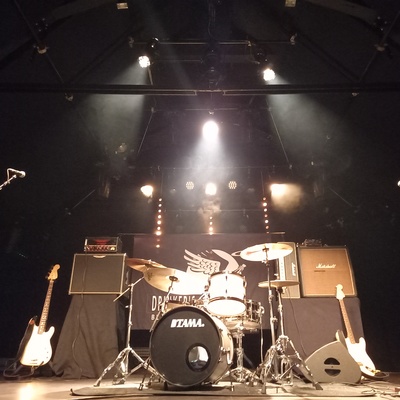 Rock, Jura – "FIRED" NEW ALBUM IN PREPARATION "Drinker's Soul " What the F.... that mean ? To get drunk is to get closer to your soul. From time... Read Biography

"Drinker's Soul " What the F.... that mean ?
To get drunk is to get closer to your soul. From time immemorial and from all peoples
people have sought to ingest various potions in order to liberate or bring into themselves this source of life
that is the emotion.
Kiki Rais Guitar and voice, José Trémols Drums, Daniel Chariatte Bass.
It is the music! That they let enter and leave having recovered in the process a little of its soul.
The music of their youth ... the one inspired by blues ... rock ... jazz
The big brothers of the seventies . Deep Purple. ZZ Top. Santana. Jimi Hendrix. Pink Floyd. Rolling
Stones . " All that shit..Man "
More than twenty years to torture the notes of these Lords of the "Blues Rock".
Three CDs of covers... recorded on the altar of reincarnation... to not forget... to make live and
revive " the old stuff that haunts our ears memory ".
2021 is the fourth opus! "FIRED" 15 titles... and this time only original compositions but so much
inspired and tinged with the past
On the "Live" stage
the "Power trio" privileges the moment... the living... The adrenalin of the improvisation... the energy... And it
And it moves, it travels, it swings, from a calm sea to the most unleashed of storms.
Not always Noble... but always True