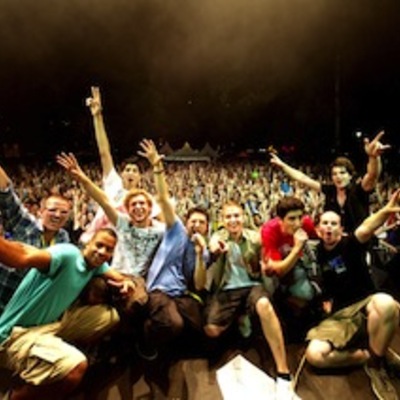 Reggae, Zürich – In the year 2005 a group of young musicians based in Zurich got together and founded The Dubby Conquerors as a Reggae Music Backing Band. Together... Read Biography

In the year 2005 a group of young musicians based in Zurich got together and founded The Dubby Conquerors as a Reggae Music Backing Band. Together with the rising swiss reggae star Elijah they created an explosive live-show – based on roots reggae, spiced up with dancehall and hip hop elements.

Two years later they climbed to the next level, recording the major part of Elijah’s debut album, which led to an extensive tour and heavy radio airplay in Switzerland. They also started working as a backing band for other artists. By now they’ve shared the stage with Cali P, Million Stylez, Raggabund, Romain Virgo, Glen Washington, Phenomden and many others.

Special highlights include the 1st place at the European Reggae Contest 2008 and their first trip to Kingston, Jamaica in december 2009 – they visited the reggae capital in order to record music for Elijah’s second album. While being in Kingston, they recorded eleven riddims at Bobby Digital’s studio, and they also paid a visit to the legendary King Jammy’s studio. Producers John John and Baby G were so impressed by the skills of the young musicians that they asked them to do some overdub work for artists like Jah Cure, Wayne Marshall and Michael Rose.

Registered since over 11 years
Last login on 29 October 2013