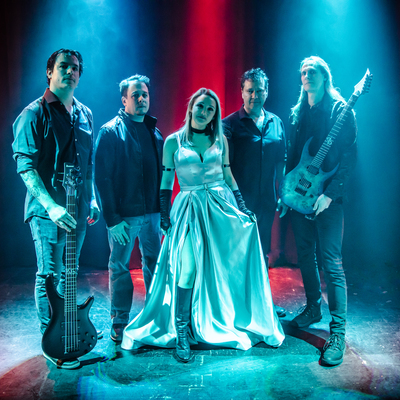 Melody DYLEM had become known through the Little Dreams Foundation where she will have the great opportunity to sing a duet with Phil Collins (Genesis).

Melody was also the lead singer and co-composer of the Swiss Symphonic Metal Band "Elferya" for Eden's Fall Album.

In 2015, Melody decided to create her own project, a blend of progressive rock and melodic rock, under her name. The achievement will be the release of her first single "Walk Away » recorded with session musicians early 2015.

The strength of this song will convince the label 7Hard in Germany to release a whole album and the genius designer Hugh Syme (Dream Theater, Rush, Whitesnake) to create the artwork of her debut album released in January 2016.

The album will get very good reviews in German rock magazines (Rock It! & Breakout) as well as in many webzines around the world. Several songs of DYLEM will feature on compilations among great bands (Nightwish, Epica or Within Temptation).

Since 2017, DYLEM starts touring in Swiss & France (Prog Sud Festival with the german band « Sylvan ») and fulfills a dream by collaborating with virtuoso guitarist Jennifer Batten for the song "Can't Take Anymore" (released in September 2017).

Registered since over 8 years
Last login on 8 August 2022