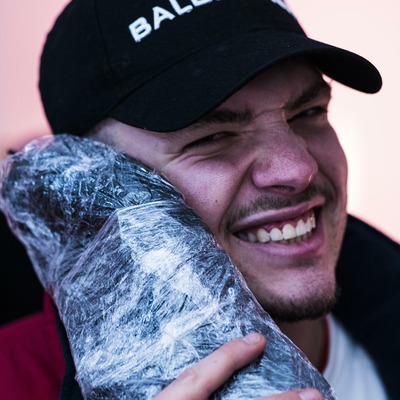 Hip-Hop, Rap français, Vaud – From his stage name, Dyno274, is an independent rapper living in Lausanne. He started writing at the age of 14, then recorded his first song at... Read Biography

From his stage name, Dyno274, is an independent rapper living in Lausanne.
He started writing at the age of 14, then recorded his first song at the age of 15. Influenced by the old school of French rap and other underground artists, but also by rock, pop or French variety.
Musician since he was very young, he plays saxophone, bass, flute and has always been passionate about singing. As a result, Dyno released his first project "Genesis" in 2015 and available for free on the net. He is very quickly spotted by the IS Prod team who will take him under their wings to release his first project in physics and available on all streaming platforms, "Metamorphosis" in 2016. Active member of the 274 collective, most of which are based at
In Geneva, he is passionate about video production as well.
In 2019, he releases "Rouge" on all streaming platforms, a project of 14 titles which counts more than 60'000 streams to date.
Since then, Dyno has been collaborating with Kuunga, beatmaker and childhood friend. In 2020, they release Schengen Vol. 1, entirely produced and composed by him.
Today, Schengen Vol.1 released on February 12th on all platforms, already counts almost 75'000 streams (spotify only).