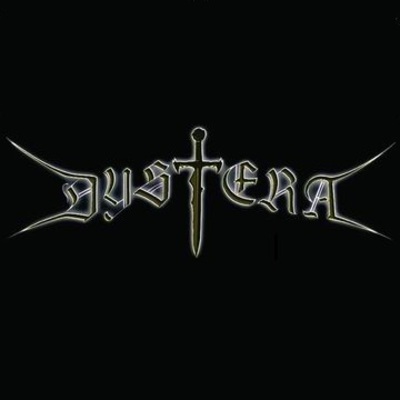 DYSTERA are a symphonic power metal band from Switzerland, which was formed in 2006. Powerful and fast guitar riffs, hammering doublebass passages, orchestral and melancholy keyboard sounds as well as epic arrangements provide the musical accompaniment for the melodic voice. These characteristics and their creativity make DYSTERA incomparable of its kind.

The band performs in mystic clothing, which is an integrated part of their overall conception. By this, together with the music and the lyrics, an unity is arising which forms DYSTERA to a concept that ranges from the stage up to the individual songs.

The band was offered to release their Song „Plight Of The Knights“ on the sampler “Heavy Metal Nation IV“ in 2007. This track left such a good impression with the audience that DYSTERA decided to produce their first album.

After drawing up the songs, the band went into a recording studio in 2008 to record their first longplayer.

In March 2009 the album „Journey Into The Shades“ saw the light of day. This set the foundation for the promising future of DYSTERA.

In 2010, the existing songs were revised and a new mix of polyphonic vocals was applied. Furthermore, the song “Tunes Of Holy War” was remixed with a new orchestration, giving the piece more depth and width.

All this formed the foundation for successful concerts in Switzerland, Austria & Germany with a throughout enthusiastic audience.

2015 marked another milestone in the band's history. Mattias took over the position as lead singer and brought in a new feel and look. Especially under the fact that it is the first time a male singer is at the front of DYSTERA.

Loaded with musical and creative energy, DYSTERA have a lot of plans for the future. The band aims for playing concerts all over Europe. Either as main act, support act or on festivals. Therefore the focus is set on organizing live performances. On these concerts, new tracks from the upcoming album will be presented. The works for this new studio release have already started.

DYSTERA combine powerful metal with emotional melodies and put this authentically and professionally into action at their live performances.

Registered since over 9 years
Last login on 24 January 2017