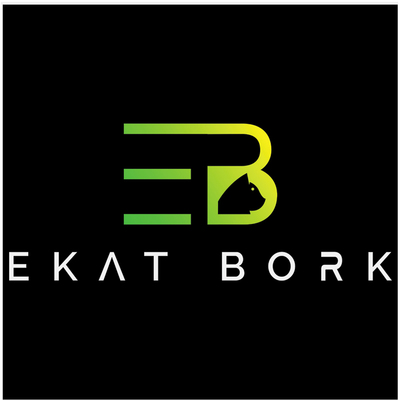 Electro, Ticino – ***** "... as if contemporary culture pop had found its true nature, sometimes it seems Trent Reznor reincarnates in Florence And The Machine, but... Read Biography

***** "... as if contemporary culture pop had found its true nature, sometimes it seems Trent Reznor reincarnates in Florence And The Machine, but these are all reducing definitions: Yasdyes is simply a masterpiece of the genre with an emotion inside which is sometimes difficult to handle, just wonderful.
Ekat Bork plays with great energy and communicative power, her energy on stage can turn even a small concert hall into an unforgettable event. Her performance involves and convinces." (9/10) RUMORE

***** " Although "Yas Dyes", in Russian for "I am now here", looks like a unity, the album, with its variety, bursts out of its drawers at second glance. In this way, Ekat Bork, despite the similarities to other artists, does not sound like a copy.
The diversity in her music is intriguing Ekat Bork is creating her very own introspective electronic music." LAUT.de - Best of 2017- Die Newcomer des Jahres

Eclectic artist born in Siberia and residing in Switzerland : alternative - pop - electronic
autodidactic singer, songwriter, composer, producer and director.
The diversity in her music is intriguing, Ekat Bork has been discribed as "genre - bending", drawing on
various genres including electronic, post - punk, triphop, hip - hop, industrial, avant - garde.
Her writing has a psychologycal character. Ekat Bork is creating her very own introspective music.
In December 2013 she performed with Eric Martin and Jannifer Batten in acoustic and electric shows.
She independently released her internationally acclaimed albums VERAMELLIOUS” (2014) and “YASДYES” (2016).
In late 2017 at Greenhouse Studios in Reykjavik “KONTROL”, an EP of vast electronic atmospheres emerged.
Ekat performed over 100 concerts in Europe and she reached the most important stages in
Switzerland, like the Gurten Festival, M4music, Label Suisse and the Swiss national television.
In August 2018 she embarks on her first Solo EU & INDIA Tour.
In May 2019 Ekat was nominated, in the electronic music category, SWISS LIVE TALENT for awards.
While her last video-single “SHAMANIA” is growing sharply, Ekat wanted to dedicate her next single « LONELY PLACE TO BE » ( out April 10th) to our fight against the invisible enemy that is trying to force us into isolation . ( StayHome Video)

On June 13th she released an other video-single "Driving My Mustang", a funny swisstrash video , introducing her upcoming self entitled album “ EKAT.”

Registered since over 9 years
Last login on 15 January 2021