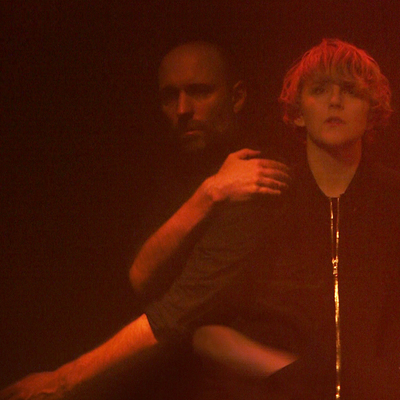 Pop, Bern – Electric Blanket is the home of singer Helena Danis and multi-instrumentalist Patrick Lerjen. On their 4th full-lengh album titled «Anyone» they... Read Biography

Electric Blanket is the home of singer Helena Danis and multi-instrumentalist Patrick Lerjen. On their 4th full-lengh album titled «Anyone» they consistently refine the path they outlined with their last ep «No Neon».

Electric Blanket's dreamy synthpop creates profundity in an effortless way. In a warm cloud of late 80ies / early 90ies synths and wave-inspired guitars singer Helena
touches with an impeccable instinct for just the right mix of intensity and slackness.

The eleven songs on anyone draw a misty universe, where persons and objects are woven into the background. We find Electric Blanket dealing with the aftermath of a once lightsome life. There's a calm bittersweet mood, the kind of soothing sadness, where you find yourself at peace with your flaws, your former mistakes and the hardships destiny imposed upon you.

The songs on «Anyone» forge a bridge from quirky places («The Quitter», «My Hardship») to soothing, embracing hyms like «Your Song», «Anyone» or «A Pigeon And A Knife». With «City Lights», «Blood In My Face» and «I Hate Sundays» the band also included well-balanced reworks of three of their own songs from the past.

The album is underpinned with a series of mystical songvideos & pictures with a very distinct imagery. The physical CD is bundled with 11 art cards, one for each song.

Registered since over 15 years
Last login on 8 January 2018