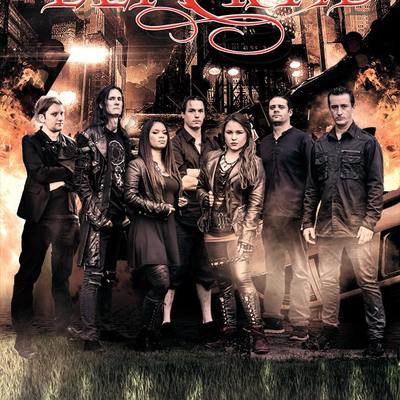 Metal/Punk, Metal, Vaud – At the end of 2008, Claire-Lyse von Dach, a lyrical singer, decided to look for musicians to build up a symphonic metal band. In February of the... Read Biography

At the end of 2008, Claire-Lyse von Dach, a lyrical singer, decided to look for musicians to build up a symphonic metal band. In February of the following year, ELFERYA was complete and has begun to compose its first titles. A 4-track EP was released in 2010. The Artwork was directed by Gustavo Sazes(Amaranthe, Arch Enemy, James LaBrie, Gus G.). Critics were promised. The band then, released the great means to make a first full album worthy by greatest productions. It was released in 2013 and included more classical instruments such as a flute, violin or cello. The result of this album was highly appreciated and got lots of respect by the press, who compared and declared the band as the next successors of Nightwish. During the concerts ELFERYA showed a lot of energy and full potential. The tour went through European roads, festivals like the Montreux Jazz, Master Symphonic Metal or Parabôle. The band already played on some of the biggest Swiss metal scenes like the Z7 or Les Docks and was the opener for big names like (Epica, Eluveitie, Xandria, Arkona, Serenity, Delain, etc.). In summer 2014, the second album was already in progress while the dates were settled with the "Summer Fest Tour". "Eden's Fall" was released in September 2015 with Melody Dylem on vocals. The change of the singer was very well welcomed. The manager of Eluveitie contacted us when he watched our videoclips “With All My Love”and “Cruel Night” and hired these guys immediately for their next videoclip called "Epona". ELFERYA anyway provided quality on stage and their performances during the Eden's Tour, which also took place at the Metaldays Festival in Slovenia, the Autumn Moon Festival in Germany and the new hard rock/metal front singer Lola Van Loo .