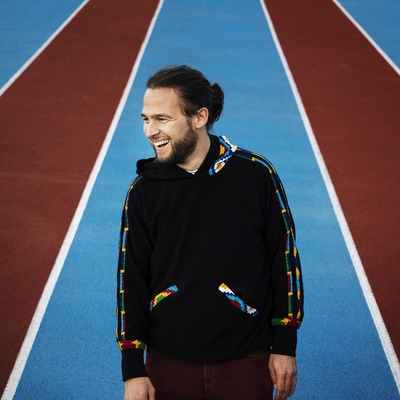 Reggae, Mundart, Acou..., Zürich – Elia Gunnar Salomon, known as Elijah, was born in Zurich on August 20, 1986 as son of an Italian father and a Swiss-Norwegian mother. Elijah is a... Read Biography

Elia Gunnar Salomon, known as Elijah, was born in Zurich on August 20, 1986 as son of an Italian father and a Swiss-Norwegian mother. Elijah is a multi-lingual singer and songwriter who mainly sings in Swiss German, English, Jamaican Patois, and Spanish. His musical style is best described as roots reggae mixed with various other genres such as dub, bossa nova, rap, and blues. As a multi-instrumentalist (guitar, flute, conga) and songwriter, he writes and produces most of his music himself.

In 2007, Elijah’s debut album “Beweg di” was released. The singles “Gib mer meh” and “Las Bliebe” were in rotation on various national radio and TV stations. With 500,000 views on Youtube, the single ”Sie isch wäg” is his most-viewed video.

In 2008, Elijah won the award as “Best European Newcomer” at the European Reggae Contest. With the album “Beweg di”, he toured Central Europe, Africa, Central America during nearly three years and played more than 200 concerts.

In 2009, he made his debut as a producer with the sampler “Naturality” and released “Beweg Di – Outernational” on the German market.

In 2010, he released the single “Do Good In Life” sung in English, which garnered airplay in Jamaica and on several international radio stations.

Between 2010 and 2013, he produced his second album “Eat Ripe Fruit” in Jamaica, Senegal, and Switzerland.