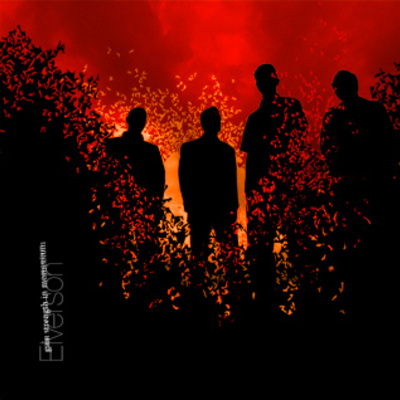 Rock, Zürich – Elverson, founded in February 2006, is a brand new quartet out of Zurich with just the right recipe of rock songs heavily laced with melodic spice,... Read Biography

Elverson, founded in February 2006, is a brand new quartet out of Zurich with just the right recipe of rock songs heavily laced with melodic spice, producing some serious Earworm music.
Born from the fusion of the band Colorbox (Andy & Stefan) with the former guitarist of X-Age (Mauro) as well as Udo, who was a member of several Scandinavian coverbands, these people are not novices, these are musicians who understand the journey to be made and have all the tools to reach that farther shore. This explosive recipe comes to boil with the melodies of guitarists Mauro & Stefan, then further underscored by the rhythmic machinations of powerhouse drummer Andy and augmented by the intense backing of bassist Udo. The final ingredient is added with the smoky-gravelly voice of lead singer Stefan.
Andy, who has his origin with the band Haemoglobin, has scored considerable success with their own independent CD, fixed their crowning glory with winning as best drummer at the emergenza contest or a sell-out final concert opening for Platinum Award winning band ‘Feeder’. Once Stefan was on board they have been booked to support the UK-band Ash straight away. No big deal for Mauro, who rocked the Radio Argovia Festival stage in front of 30’000 people and played as the support act of Duran Duran in the Maag-Halle summer 2005. Bassist ‘Hoffi’ is a music maniac - after having played more than 1000 shows he’s now happy to be with Elverson.

The new 11-song LP ‘gain strength in momentum’ is now complete. For the band, it has exceeded every hope and even expectations. 11 powerhouse tunes, wall-of-sound guitars, textured and layered vocals, melded and fused bass and drums all driving the songs through the stratosphere.

Elverson will soon be on a stage in a place near you. Come prepared to be amazed.

Registered since over 15 years
Last login on 12 February 2007