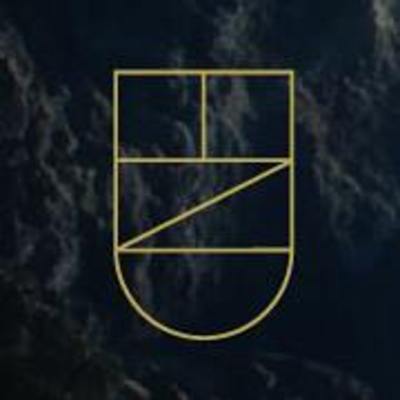 Rock, Basel-Stadt – END. A fascinating and enigmatic blend of alternative rock and indie pop – one that speaks out of the depths of the soul and lingers in the memory.... Read Biography

END. A fascinating and enigmatic blend of alternative rock and indie pop – one that speaks out of the depths of the soul and lingers in the memory. Directed and staged in a touching and intoxicating manner by five young men from Basel, Switzerland. The songs oscillate between sounds of gentle beauty and exstatic fireworks, interfused with sensitive yet rough vocals, catapulted into this world by profound lyrics and melodies that will touch your soul.

A couple of childhood friends decide to merge their musical diversity into a whole - END sees the light of day in 2009. After a first set of songs matured in the seclusion of their bandroom located deep below the surface of the earth, they decide to step outside their hometown for a secret concert for the first time in 2011. Soon the secrecy will be over with.

2012. END release their debut EP Parabol in 2012, produced by Thomas Rechberger (Alterna Recording Studios, Basel). The five song EP delivers a first enthralling promise for a budding music career. The delivery of this promise becomes tangible, when, in the same year END land a spot on the line-up of the legendary Greenfield Festival - as well as a headliner set at the Basel Music Festival Bscene. The influential music editor, Urs Musfeld, of the Radio SRF 3 program Sounds, presented Parabol and called it “music that gets to the point”.

2013. END use the year of 2013 to work intensively on their debut album. In the autumn of this year, the national radio station Virus named “Tie Your Nation to the Radiation Machine” as one the the best songs by a Swiss band. The same song, which was released with a promotional video, also made it onto NME’s video player.

2014. END aim their sights across the border to Germany and Austria. END record their debut album in Berlin, Germany with producer Marco Jeger. Marco also produced Steff La Cheffe, The Bianca Story and Bonaparte – all of which have celebrated success nationally and internationally. The album will be released on 11.04.2014.

On 31.1.2014 Swiss alternative rock & indie pop band END will be releasing “Alaska” - the first single lifted from their debut album.

The mystical synthesiser intro to Alaska instantly transports you into END’s fusion of inapproachable depth and shifting dynamics, where pulsating rhythms and electrifying guitar sounds and a rebellious but poignant voice
are all masterfully mixed together.

Alaska is a promise for the album and introduces the fundamental theme: a longing to retreat from the confining structrues and the hustle and bustle of our post industrial society, from which the individual feels threatened by latent abundance. In a rousing and simultaneously deeply moving way, Alaska accentuates these outburtsts against everyday structures.

Hieroglyphical imagery especially designed for the single and album accompanies the thoughtprovoking and fascinatingly enigmatic identity of the END sound.

END caused quite a stir in the Swiss music scene in 2012 with their debut EP Parabol. In 2014 they’ll be setting their sights across the boarder for the first time in order to release their new album in Germany and Austria.

Marco Jeger produced the new END material in Berlin, Germany. Marco has also produced Steff La Cheffe, The Bianca Story and Bonaparte – all of which have celebrated success nationally and internationally. The album will be released on the 11.04.2014.

Registered since over 11 years
Last login on 14 January 2015