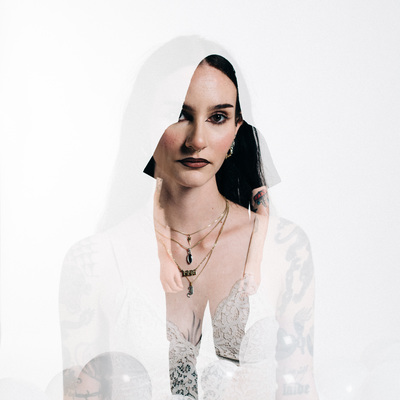 Emo, Indie, Luzern – Enola Reverof is a musical project based on a fictional character of the same name. Originally birthed in London and further developed in the... Read Biography

Enola Reverof is a musical project based on a fictional character of the same name.

Originally birthed in London and further developed in the Alps, the concept has been carefully put together over several years. Whilst the music tells tales of the complex relationship between the heart and mind, the persona Enola Reverof can be understood as a personalised safe space and invisible companion - Someone who’s there when nobody’s listening. Someone who deeply cares. Constantly on the brink, modern day life casts a shadow over our fragile beings and we find ourselves again, somewhere between boreout and burnout. Enola Reverof addresses this feeling of powerlessness and aims to shed light onto the darkness.

Musically, the project is situated somewhere between Indie Rock, Emo and Punk. Although primarily dominated by a rather melancholic mood, the songs always carry a spark of hope at their core. Inspired by acts like Bombay Bicycle Club, Soccer Mommy, From Indian Lakes and Hazel English, the sound of Enola Reverof is emotionally charged, targeting the mind as well as the heart.