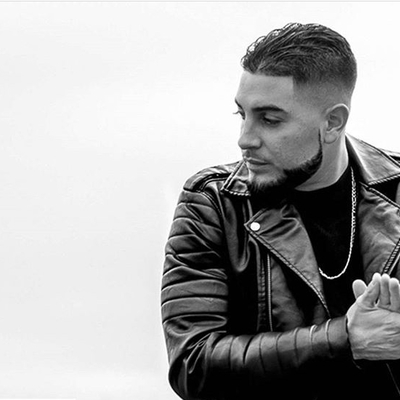 Hip Hop, Geneva – Biography A discreet presence that conceals the strong personality of a man who doesn’t do things by halves. A personal commitment carried by... Read Biography

Biography
A discreet presence that conceals the strong personality of a man who doesn’t do things by halves.
A personal commitment carried by conscious and thoughtful rap music, supplied by hard-hitting and meaningful lyrics.
This could be a way to summarize “the one who rises”, in other words “Eriah” in Nubian…
But, after all, can you really summarize such a particular character as Eriah?
This young man from Geneva, whose father and mother are Mexican and Argentinian respectively, experienced a hybrid and multi-ethnic childhood through his family, thanks to a Lebanese stepfather and many brothers and sisters. He grew up in the Pâquis area, a lively and active working-class district that brought a colorful and hybridized facet to his real-life experience.
Making his impact ever since 1998 on the Geneva rap field, Eriah went through his own rap path wearing out his baggy trousers, sneakers and pens on the streets. He scours all over the streets concerts, offers his freestyles and puts in numerous appearances on various mixtapes.
At the end of 2006, his contribution to Anuar’s “Retour vers le present” mixtape will put him on the map, and in 2007, as he makes a conspicuous appearance at the Keny Arkana concert at the Docks in Lausanne, the chemistry between him and the crowd becomes more than obvious: a real musical relationship is born henceforth.
As of this point, a boundless productivity will start, as Eriah appears on more than about fifteen mixtapes released all over the world: in Geneva, Paris, New-York but also in Spain.
Along with his lifelong homie Cenzino, they set up a large-scale plan: their album called “Verbal Engagement”, that is about to be released.
In 2010, on-stage appearances and new outlines follow each other, but Eriah feels the need of an extra outlet for his career: a solo outline. The idea of a personal album germinates, a new way for him to explain his universe and his beliefs, to quench his thirst of appropriate words and to share his real-life experience. In short, to expound who Eriah is.
This production, which would seem to be a raw and uncut piece of work, is in fact a delicately crafted one, when looked at very closely.
2011 appears to be the multi-collaborations year for Eriah with, among others, the Belgian rappers Scylla and Gandhi, the talented “Los Nandez” from Chicago, and, finally, a noticeable participation in the newly released album of Keny Arkana called “L’esquisse vol. 2”.
2011 also features a lot of different things for Eriah: a tour in Spain, a place in the Finals of the rap competition “End of the Weak”, as well as a great occasion to reveal his skills during the next month of July, since he will be performing at the “Queenz Summer Fest”, a festival organized by “La Connekta”, that will take place in the Queens neighborhood in New-York.
Follow Eriah’s incredible journey on his website: www.eriahmusic.com

Registered since about 11 years
Last login on 6 November 2018