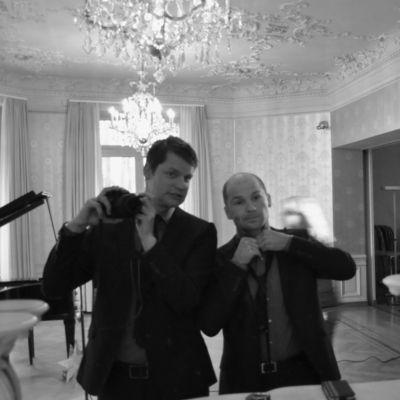 Pop, Luzern – FELBFISH, that’s Erich Felber and Silvan Fischer – two Swiss guys, musically together on tour since 1995. Over the years they have performed in... Read Biography

Over the years they have performed in various formations (and situations) on the stages of Switzerland.

At the same time, however, dozens of song ideas fell by the wayside during this time and were never finished.

They became aware of this when they rummaged through the archive in 2020 and came across a 20-year-old music cassette with raw recordings.

So they have now brought FELBFISH to life: A rescue project in which they complete musical sketches and save them from oblivion.

Registered since over 2 years
Last login on 4 January 2021