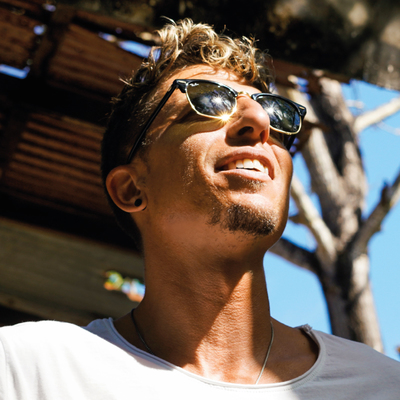 Latin Pop, Bern – Already in his youth, FENIX LOPEZ, son of Spanish immigrants, passionately wrote lyrics for his rap songs and recorded them with his friends in his... Read Biography

Already in his youth, FENIX LOPEZ, son of Spanish immigrants, passionately wrote lyrics for his rap songs and recorded them with his friends in his spare time. On the one hand inspired by the local and international rap and hip-hop scene, and on the other hand driven by the not always very easy circumstances in his parents' home, "el FENIX" (Marcos Lopez with civil name), as he would like to be called, developed a great passion for songwriting in different languages (Spanish, French, Italian, Swiss German dialect). However, after he finally decided to pursue a career in football and later led a family life with two children, making music took a back seat.

It was a personal crisis that brought him back to music some time ago. In this difficult moment, FENIX LOPEZ decided to take singing lessons with Nyna Dubois (Swiss Music Award winner). So, again, as in his younger years, music became a kind of processing but also a source of strength.
Nyna saw potential from the beginning and became more and more his mentor. Emilio de la Cruz, former producer and rapper of "D-Click", also had a significant part in the rapid development of the new artist through the pre-production of the first single "Te digo Adiós".

Finally, the experience of the first recording in the studio of star producer Ben of B-NOTE Entertainment has triggered in the newcomer FENIX LOPEZ the dream of a singer songwriter career.
The new song "Dentro de ti" was also produced by Ben and brings out the best in Latin pop singer FENIX LOPEZ.