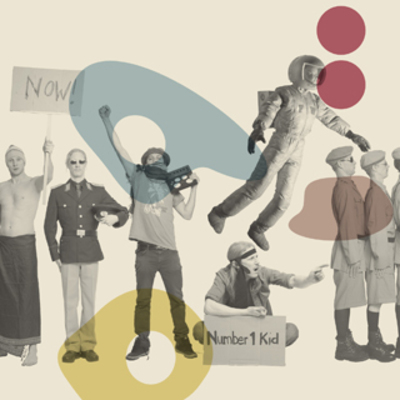 Andreas Ryser (Dustbowl) and Daniel Jakob (Dejot) started out in 2003 as mobile laptop street musicians at the gates of the Sonar festival. This swiftly gave Filewile an international reputation.

During endless rehearsals for a Flamenco theatre-dance piece under the hot sun of southern Spain, DJ Dustbowl and musician and singer Dejot come up with the concept for Filewile, – following a strict DIY strategy. Music, production, distribution, concerts, merchandise – all done by themselves... enjoy all the freedom, take all the responsibility. Disappointment from previous project and the current state of the music business leave none but this way forward.

Attention from public and media is high - and so is the download count. The home-page www.filewile.com is extended to include a shop where wicked gadgets like a limited edition cardboard laptop and music on vinyl is up for purchase.

In 2004 Fielwile are probably also pioneers in getting radio DJs to download free songs and giving them airplay. The videoclip "Chumpnrun (Michael Spahr, 2004) makes it into VIVA rotation and is featured in several short film festivals throughout Europe.

Besides this, Filewile set up the record label Mouthwatering Records (MCD, Algorythm & Blues, the tape vs. RQM, Pressure Drop Soundsystem usw.) together with DJ Kev the Head, launch Wankdorfrecordings (Electric Blanket) with the "Filewile - Remixed" project, produce music for commercials (Swatch), compose movie scores ("On the Line" by Reto Caffi is Oscar nominated, "Das Fräulein" by Andrea Staka, "Slumming" by Michael Glawogger etc.) as well as creating sounds for theater and documentaries.

The work on their debut album "Nassau Massage" (2007) brings inspiring encounters and is the start of the collaboration with Joy Frempong (Infinite Livez vs. Stade on Big Dada oy, Lauschangriff...), she stays loyal to the project and strongly influences it from then on. Another strong influence on the direction Filewile take is MC RQM (Al-Haca, Stereotyp, The Tape vs. RQM, Jahcoozi). Both Joy and RQM perform with Filewile alongside bassist Mago Flück (Expander, Zeno Tornado & The Boney Google Brothers) on the 2007/2008 tour, taking them as far as Mexico, where the project evolves into an actual band. Further stars on "Nassau Massage" are ragga-queen Baby Chann, Rider Shafique or the infamous Nicolette (Massive Attack), who jumps on a plane to take part in an entertaining eight hour recording session in the Filewile studio in Bern, Switzerland.

Songs from the new album "Blueskywell" are performed live during Filewile concerts as early as summer 2008. The album is finished in spring 2009 after almost two years in production. "Blueskywell" shows Filewile in a new light: more Pop, more vocals, more refrain, more space-echo, more thrust, more live.
Joy Frempong with her vocalising and her lyrics is a major influence to the album while Mago Flueck transports the live feel and the Reggae bass from the stage to the studio. The album is mixed by Adi Flueck and mastered by Stefano de Marchi at CentralDubs.