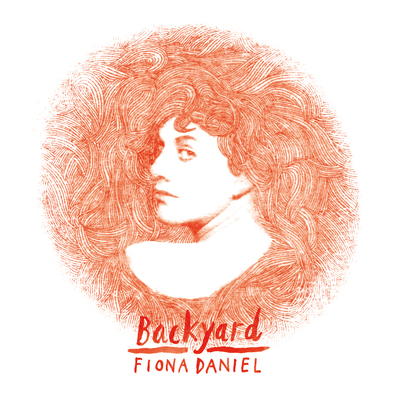 Pop, Zürich – “THE NEW VOICE OF THE GROUP” CHEERED 78S.CH IN MARCH 2008. “SOMETHING MUST HAVE BEEN PUT INTO ZURICH’S WATER AROUND 20 YEARS AGO,” CAFÉ KAIRO... Read Biography

“THE NEW VOICE OF THE GROUP” CHEERED 78S.CH IN MARCH
2008. “SOMETHING MUST HAVE BEEN PUT INTO ZURICH’S WATER
AROUND 20 YEARS AGO,” CAFÉ KAIRO SPECULATED ONE SEASON
LATER. AND EVEN NOW, IN SPRING 2010, MANY STILL FIND IT
HARD TO BELIEVE THAT AFTER SOPHIE HUNGER AND EVELINN
TROUBLE, THERE IS YET ANOTHER AMAZING FEMALE VOICE
EMERGING FROM ZURICH.
HOWEVER, HERE SHE COMES. NOT JUST ANOTHER GIRL WITH A
GUITAR, BUT A LADY WITH HER OWN SONGS TO SING AND HER
OWN STORY TO TELL, FIONA DANIEL PRESENTS HER FIRST
RECORD DROWNING.


MUSICALLY OBSESSED
Already as a child she was continually fascinated with all things musical. She frequently was
drawn to instruments, trying them, testing them, and often breaking them. At the age of 7
she formed her first band, performing original songs with a group of children from her
neighborhood for a community festival. Later she used to sing songs she heard on the radio
and record them to cassette only to give away as Christmas presents. Her Godfather often
returned the thought with a CD from his record store – a stroke of luck when you have Veit
Stauffer from Rec Rec, one of the most famous local avant-garde music stores, as a
godparent.
No matter what she did, Fiona Daniel could never keep her hands away from music. In
school she would form a-capella groups during class when the lessons got to boring. It
goes without saying that she fairly regularly drove her math teacher crazy doing this. The
musical instrument shops in her hometown proved to be only tolerant places for her musical
curiosity. The stores didn’t really seem to mind when she would repeatedly creep in and for
hours play the most expensive grand pianos.
Even in trams she would sometimes copy noises, improvise melodies, finally add a second
voice harmony, without a care for those surrounding her. “People would sometimes be
embarrassed for me when I just burst into song in public.” In the old days, Fiona probably
would have been sent to mental hospital for correction by electroshock therapy. Today
however, hopeless cases like her are placed in a local music school called FeMale Funk
Project.
Unfortunately, this only made the problem worse. Six years later Fiona left the music school
knowing her craft and obsession all the better. For a while she worked as a background
singer for various bands. But this was not satisfying enough in the long run, because:
“There is nothing as real as what you make yourself”.
In winter 2007 she finally made her move. As a featured act in an event hosted by local
singer, Brandy Butler, she presented her own songs for the first time to a larger audience.
The stage was complete with Fiona, a violoncellist, guitar player, percussionist, bass
player… and a background singer by the name of Evelinn Trouble.


GARAGE TUNES AND FIREFLY SONGS
Two years later Fiona Daniel completed her first album called DROWNING. The majority of
this fine collection of intimate songs was recorded and produced with singer, producer and
local hero, Lee Everton. The rest Fiona recorded lo-fi in her parents’ old garage.
For example the song WITHIN A MINUTE: “One morning I woke up to find that my new
autoharp had just arrived in the mail from Germany. I immediately unpacked it, kind of tuned
it, all of it sleepily and without coffee! I started to play and in ten minutes I had written this
song.” Since Fiona never writes her music down, she usually records various sketches of a
song on her personal computer. But this morning she quickly threw on her jacket, climbed
on her bicycle and went directly to record the song in the old garage. And exactly as it
sounded that first morning when it was conceived, the tune is now to be heard on the CD.
Music has always been something deeply intuitive and impulsive for Fiona: “Often the first
recordings are the honest ones”. Less predictable, less polished. You should be able to
hear some rust on the production; the sound must never become too clean. In contrast to
this, Fiona needs the foreign language of English to keep her from completely disappearing
in this musical immediacy. “Swiss German is definitely to close to me,” she says. “English
works like another color for me that I can paint my music with.”
Accordingly, the songs on DROWNING present themselves in colorful diversity:
Polychromatic, both opulently dazzling and terminally rusty, these tunes continue to play
between the boundaries of Folk and Jazz. Occasionally a song gravitates into a fuller, more
Rock orientated sphere while others may gently reach out to Country, or suddenly find
themselves being wound round and round like the innocent melody of a child’s music box.
Therefore, if DROWNING wouldn’t have manifested itself as an album, it probably would
have become something like a magical snow globe. When shook, tender melodies would
whirl around, gleaming like fireflies. The sky would be jet black and the moon full, but in the
middle of this musical flurry something invisible would be dancing with closed eyes,
swaying softly in the breeze, somewhere at the end of the night.
"An amazingly mature debut." Markus Ganz, NZZ

"Why am I constantly reminded of Billie Holiday?" Veit F. Stauffer, RECREC

"This voice will find listeners not only in Zurich." Philipp Anz, ZÜRITIPP

"By the way, if you missed Fiona Daniels concerts in Zurich you can check her out at the World Expo
in Shanghai." Armin Büttner, WOZ

"There are plenty of young female singing songwriters at the moment. But thanks to her remarkably
self-confident first record, Fiona Daniel doesn't have to worry about her voice getting lost in the
shuffle." Hanspeter Künzler, NZZ AM SONNTAG

"Always at the forefront: Daniels warm voice, piercing marrow and bone in a tender manner."
20 MINUTEN

"The show is sold out, not even Sophie Hunger gets in anymore." Anja Mikula, KINKI MAGAZINE