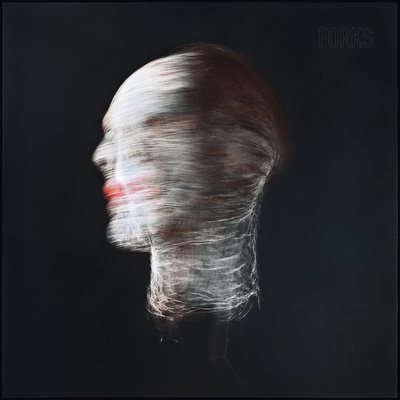 Rock, Vaud – THE FORKS / SECOND ALBUM Following the release of their debut album in May 2014, a double LP affair, the Swiss band The Forks have done some... Read Biography

THE FORKS / SECOND ALBUM
Following the release of their debut album in May 2014, a double LP affair, the Swiss band The Forks have done some fifty explosive and powerful concerts in their home country and abroad. They have opened for acts such as Black Rebel Motorcycle Club, The Dandy Warhols, Lydia Lunch & Big Sexy Noise and Dead Skeletons, to name a few, and played in festivals like the Montreux Jazz, Kilbi, the Swiss Psych Fest and Stellar Swamp – Brussels Psych Fest.
The sound of The Forks is captivating: their music has the power of garage rock and the acid psychedelic flavour of stoner. Their mix of a hypnotic pace and moments of pure electric energy release is reckless: they can go on easily for more than 10 minutes when they perform a song. Time is converted into cycles of difference and repetition, which have mesmerized their audience as a recipe for a successful trance.
The sophomore effort from The Forks will be released really soon: on March the 18th (digitally) and April the 15th (double LP). Their new songs go way beyond anything they have done before. Their new influences go from kraut rock (metronomic impro jams) to shoegaze and new wave. For instance, the instantaneous hit single “Sunday Sunshine” is pure bliss and daydream, with catchy pop melodies and a lot of pedal effects on the guitars. “Profondo Rosso” slips into a more sombre meditation state, while “Silencio” is a box of surprises, a tricky and dangerous one.
The new record features 5 long songs that go deeper and deeper. It has been recorded at Studio Relief in Belvaux, by the careful ears and hands of veteran sound magician Bertrand Siffert (The Young Gods live engineer). Each track has been taped live on one take. The result is a lush soundscape that envelops the listener, pushing him into a dream state of consciousness (or a nightmarish one, depending of the mood of the song parts). The Forks will play up with your brain and soul, not always in a good way, though.
The band will start touring in Switzerland in April and they are preparing a European journey by the end of the year.
The Forks have a collective mind. Every song is built in a quite democratic way. The members of this musical enterprise started playing as just a way to hang out with their friends and having fun. Each one has its own personality. Mehdi Benkler (guitar) is a well- known photographer in the area, who specializes in rock. Joël Bovy (drums, backing vocals) and Valerie Ciriolo (voice, guitar, keyboards) have played in several other bands (together or alone), while Pacifique Vuillemin (bass) has such an impressive game when he performs. They don’t like people that they haven’t invited to go backstage partying with them. So don’t go there to share a beer and a smoke unless they ask you to. Be polite.

Registered since over 9 years
Last login on 3 September 2021