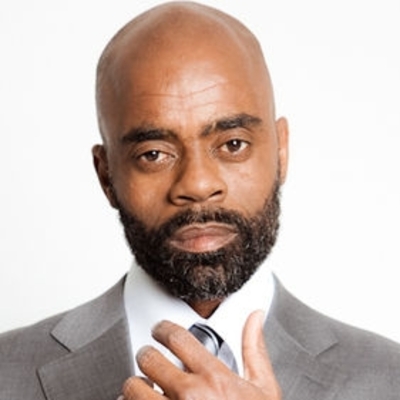 Hip Hop, Bern – Ricky Donnell Ross, better known as “Freeway” Rick Ross, is one of those rare figures whose experience as a drug kingpin has lead him to a life of... Read Biography

Ricky Donnell Ross, better known as “Freeway” Rick Ross, is one of those rare figures whose experience as a drug kingpin has lead him to a life of rebuilding the community in which he once helped destroy. According to the Oakland Tribune” In the course of his rise, prosecutors estimate that Ross exported several tons of cocaine nationally, and made more than $600 million in the process. Counting inflation its 1.6 billion dollars comparing 1986 to 2010. Now, he has applied the passion that helped him build an empire to helping the youth, Ross has been given a second chance to uplift his community by giving back through mentoring and sharing his story. He plans to inspire many of today’s youths to achieve their greatest successes without following in his footsteps.
Ross was a key figure in VH1′s Emmy nominated documentary “Planet Rock History of Crack and Hip Hop featuring Snoop Dogg, Rza and B-Real of Cypress Hill. As well as the second episode of the first season of BET’s American Gangster documentary series which focused on his story and his connection to the Iran-Contra scandal.He is currently in the process of creating the feature length film of his life story with Nick Cassavetes, his own documentary “Crack in the System” and creating his autobiographical book.  Recognized as a pawn in the CIA drug game, Ross was a pioneer in the crack cocaine trade in Los Angeles, as well as other parts of the U.S. A renowned drug dealer, Ross harvested millions as an unknowing participant of Central Intelligence Agency and U.S. Drug Enforcement Agency operatives, who provided him with unlimited amounts of cocaine. It was said that his suppliers used the profits to pay for the CIA-spawned Contra war against Nicaragua’s leftist government in the 1980s. His connections were first revealed in a series of articles published by the San Jose Mercury News and in court testimony.  As a youth, Donnell Ross moved to South Central Los Angeles with his mother with the intent of playing tennis which he pursued a scholarship while attending high school. Unfortunately, his coach would later find out he was illiterate and removed him from the school. Ross then attended Los Angeles Trade Technical College and again pursued tennis, reaching the 3rd spot on the team. Shortly after, at the early age of 19, Ross said a teacher, who taught at a job center, turned him on to cocaine. Because he looked up to him, Ross started selling cocaine for him. The money was good so he ended up starting his own business. His operation grew and he soon became one of the biggest cocaine dealers in South Central.  During the height of his drug dealing, Ross was said to have made 2-3 million dollars a week. In 1996, he was sentenced to life imprisonment after being convicted of trying to purchase more than 100 kilograms of cocaine from a federal agent. Ross became the subject of controversy later that year when a series of articles by journalist Gary Webb in the San Jose Mercury News brought to light a connection between one of Ross’s cocaine sources, Danilo Blandon, and the CIA as part of the Iran-Contra scandal. The decision in his case was brought to a federal court of appeals where his sentence was reduced to 20 years and then reduced further for being a model inmate. He was then moved to a halfway house in California in the spring of 2009 where he was released on September 29, 2009.  Today, Ross is a new found man. For many, having a role model only happens once or twice in a lifetime, but not for him. According to Ross, he has had numerous role models as they have changed dependent on what was going on in his life at the time. He has looked up to gangbangers as well as Arthur Ashe, but today, he is an admirer of Napoleon Hill. In all actuality, he has developed into a mentally strong individual and believes that people should, “Do things the way they want and be their own role models.”  Five years from now, he sees himself, “…on the top of the world,” as he, too, plans to be a role model.  The legacy he wants to leave behind is to be known as an inspirational mentor to people in need rather than the old “Freeway” Ricky Ross. He plans to make life better for people around him and to continue to love his family. On Saturday, November 7, 2009, society will be reintroduced to the Real “Freeway” Ricky Ross, in St. Louis, MO, by way of Manasseh Ministry’s 3rd Annual EXMAD Celebration which is designed for Ex-Offenders who are now making a difference in communities.

Registered since over 8 years
Last login on 20 February 2014