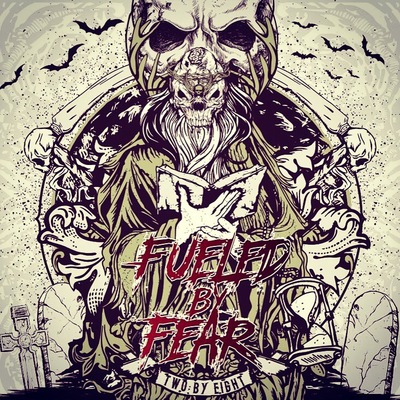 Metal/Punk, Metal, Zürich – Fueled by Fear was founded in late 2011. It features members out of formerly well known bands, such as 'Ex- ortation', 'Die by Design',... Read Biography

Fueled by Fear was founded in late 2011. It features members out of formerly
well known bands, such as 'Ex- ortation', 'Die by Design', 'Framestand' and
'Disparaged'. After 6 months of songwriting and puzzling each member in its perfect
position, Fueled by Fear played the first ever live show as support of 'Requiem'. After that
show and with the immensely good feedback, strings were pulled and the band got invited to
support 'Sepultura' on their Baltic Tour in March 2012, together with 'Hatesphere' and 'Sawthis'.
The Tour was a huge success for the band and brought a lot of experience and progress.
Shortly after returning, the whole FBF-Crew showed up at 'Ashburnstudios' to
record a Demo/EP consisting of 3 songs together with Mighty Ralph ('Disparaged'). In June
2012 "Flawless Victory" got released on 'Swimming With Sharks Records', 'Heavy Metal,
Compilation III'. 5.000 copies were handed out at shows throughout the US (headlined by
'Fear Factory') and partly in Europe with the help of our Friends in 'The Browning'. There was
also a free download of the Compilation available that hit 6.000 downloads within a week.
During 2012 Fueled by Fear played several shows in Switzerland and kept working on new Material
for their first Full Length Album. In February 2013 the EP "Flawless Victory" got officially
released with a big show at Mascotte in Zurich. The release party was a success and
Guests, Media and Fans were pleased.
Then the next Bomb hit. In March, Promoters called and asked if Fueled by Fear would like
to be support-act for "In Flames" on their Russian Minitour. St.Petersburg and Moscow were
huge shows, People reacted extremely well and made it an unforgettable for the Band. Touring
also kicks creativity and gives a lot of new inputs and experience. With this package of
energy, Fueled by Fear started pre-productions for their Debut. In 2015 Fueled by Fear
where chosen from about 300 Bands to play the Greenfield Band Contest. In April the band
won, and get a slot at the Greenfield Festival in Interlaken. Alongside with Bands like Motorhead,
In Flames, Heaven shall burn and many more awesome Bands. They played in June the
Festival. Right after the Event Fueled by Fear hit the Ashburnestudios to Record the first
full length called; two by eight. It was released 16.12.16 by Ashburn Productions.

Registered since over 2 years
Last login on 14 January 2019