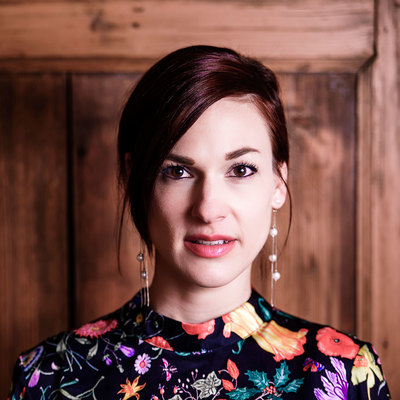 Yodel - Soul - Jazz, Luzern – Gabriela Martina (Swiss) is a vocalist, composer, arranger, and bandleader living since 2008 in the US. Released in 2016 with a four-star... Read Biography

Gabriela Martina (Swiss) is a vocalist, composer, arranger, and bandleader living since 2008 in the US.

Released in 2016 with a four-star review from DownBeat, her newest album, No White Shoes, represents a major step in the singer’s sojourn as a 21st-century musician. Martina had the opportunity to perform and collaborate with heavyweights like Meshell Ndegeocello, Jack DeJohnette, and Angelique Kidjo. She recorded with veteran drummer J.R. Robinson and was a semi-finalist in the Shure Voice Competition at the 2009 Montreux Jazz Festival, performing with guitarist Lee Ritenour’s band. Martina released a critically hailed EP in 2010, Curiosity, which included her original song “Ain’t Nobody,” a finalist in the American Society of Composers, Authors, and Publishers Foundation Young Jazz Composer Awards in 2012. Martina owns her own booking agency called Red Velvet Sounds and is cofounder and curator of the free improv concert series In Momentum.

Gabriela grew up yodeling with her family and had performances as early as the age of 4. Being raised on a beautiful farm in the heart of Switzerland surrounded by a musical family has influenced her musical path strongly. Martina’s upcoming album ‘Homage to Grämlis’ (2020), is a tribute to the farm in the Swiss Alps where she was raised. In spring of this year she won the LABgrant 2019 from The Boston Foundation, which gave her great support with her album production of ‘Homage to Grämlis’.

In June 2019 she took part in the Central Swiss Yodeling Festival and graduated with top marks. She has also performed in concert venues such as the Berklee Performance Center, Jordan Hall, International Tennis Hall of Fame, State House of Flags and the Scullers Jazz Club. Gabriela has a bachelor's degree from Berklee College of Music and is currently studying at the New England Conservatory of Music to complete her master’s degree.

Martina is passionate about learning more about other cultures, helping to develop a sense for community, and fighting inequality and racism. She is a strong advocate of causes that promote equal human rights independent of religious or political affiliations. From 2009 to 2010, Martina was the founder and president of the Cultural Leaders Club at Berklee College of Music, where students investigated causes and effects in terms of race, gender, and ethnicity issues. Sonic Relief, which Martina cofounded, was awarded the Berklee Urban Service Award 2016 for using music to aid people in need, such as organizing a humanitarian fundraising concert for Syrian refugees, featuring Simon Shaheen and the Lee Swensen Katz Trio in December 2015.

Registered since about 1 year
Last login on 18 February 2020