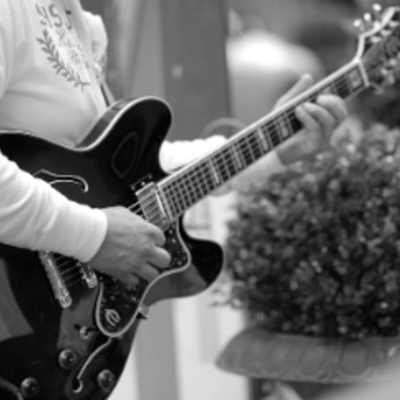 Gianfranco is a guitarist and composer whose influences are jazz, blues, bossa, funk and rock... After his first solo album " LINEA ", followed by his EP " INTERLUDE " (two tracks of which are regularly covered by Swiss radios), Gianfranco releases his second album " DOWNTOWN IN PERSON 70's " composed of 11 instrumental tracks in an acid-jazz style (four tracks of which are regularly covered by Swiss radios). This album is composed of a rhythm section bathed in groove, a brass section brimming with energy and well " Giazz " melodies, full of musical colours, a hint of bossa and walz jazz. This album will transport you to a trendy "Giazz" musical world ... 70'S.
In 2018, the adventure continues with the preparation of the 3rd album and with a newcomer in the troupe, a singer. This new opus has been produced with 14 artists and musicians. All the compositions are original ... good groove ... "Good Vibes" ... to be listened to relentlessly. The album was released on 17 April 2019 in digital format, followed by the CD. Some of the tracks are being played on Swiss radio stations and in various countries such as France, Germany, Ireland and Russia, among others.
In February 2020, the project for the 4th album starts with the first studio sessions. In parallel, Gianfranco is recording unplugged tracks that can already be listened to online.

* You will find the complete biography on my website www.96gfn.ch *

Registered since about 12 years
Last login on 20 December 2022