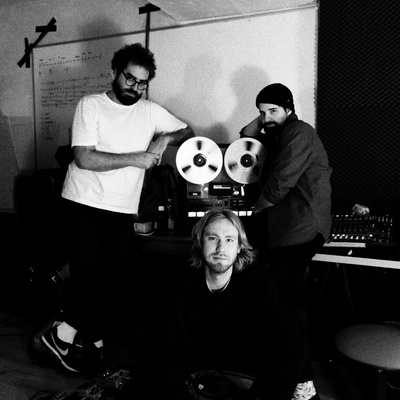 Bern, Switzerland based Neo/Heavy Psych Rock three-piece Giant Moa had their first release Talksleeping back in 2019 and toured extensively throughout Switzerland along artists such as Stonefield and The Baggios.

The band initially drew some inspirations by the fast driven and noise infused LA-garage (such as Ty Segall or Thee Oh Sees) but constantly evolved and started to incorporate a very broad set of new inspirations into their compositions.
Their 2020 release “I Will Never Be Cool” mixes the monotony of Krautrock (from influences such as NEU! or Föllakzoid) with heaviness of contemporary psych rock (such as Dead Meadow and Fuzz), which for Giant Moa became the pioneering way of their future songwriting.

In early 2018 they were three guitarists and found together in Bern, Switzerland. Ivan Tecer switched to bass and vocals, Rafael Ferreira was found to be a drum wizzard and Remo Agovic did not let go of his guitar. Since then they wrote numerous songs and announced the release of their first EP in 2019, followed by another one they’re about the record – each portraying different musical inspirations. Be ready, the Giant Moa is not extinct yet.

Registered since over 3 years
Last login on 16 January 2022